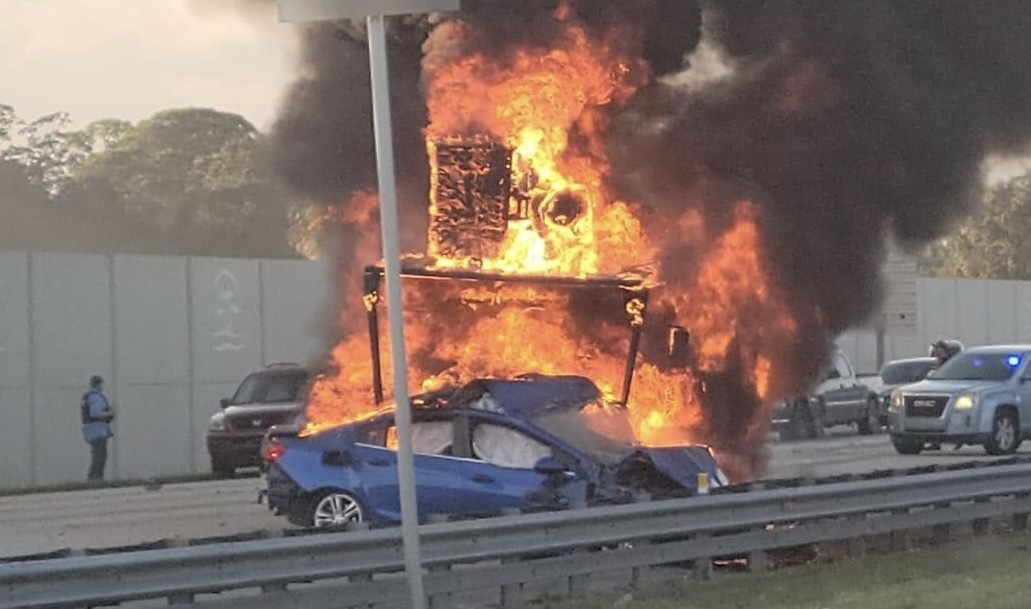 According to Florida highway patrol, a 44-year-old woman from Palm Bay was killed when her vehicle burst into flames after crash on I-95.

In a release, FHP said the crash happened at 5:49 p.m. in the southbound lanes of Interstate 95 near mile marker 174 in Palm Bay.

A 2017 Chevy Cruze was driving south on Interstate 95 in the outside lane and failed to brake in time for a 2008 Toyota FJ Cruiser that was stopped ahead.

The driver of the Chevy tried to swerve left to avoid a collision, but the Chevy’s front-right side struck the left rear of the Toyota, troopers said.

Due to the impact, the Chevy rotated into the center lane, at which point a truck with a trailer crashed into the Chevy’s left side, the release shows.

Troopers said the crash pushed the Chevy off the roadway, where it struck a guardrail and became engulfed in flames.

The drivers of the other vehicles remaining on the scene and we’re not injured.