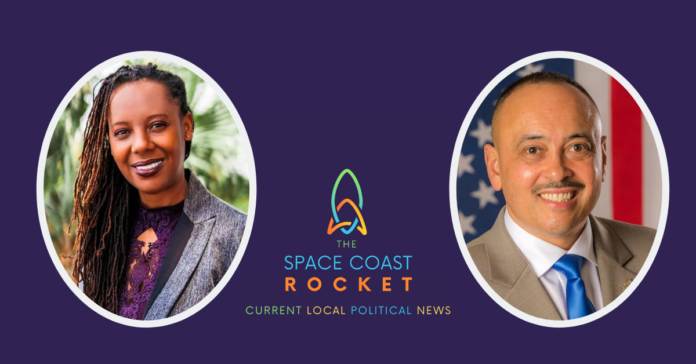 Yesterday, Florida Today held a live forum featuring the candidates who are running for Mayor of the city of Palm Bay.

One hot button question that came up during the debate was would they be for or against mandatory masks mandates in their cities? The two front runners in the race are on opposite sides of the issue.

Khalilah “Kay” Maragh said she would vote in favor of a mask mandate, stating that we need to do everything within our power to stop the spread of Covid-19 and protect our residents. She emphasized the dramatic increase in cases in Florida recently which caused the President to cancel the Jacksonville portion of the GOP Convention. The President also recently stated that wearing a mask is one of the most patriotic things you can do right now.

Jose “Rob” Medina however, said that he would not vote in favor of a mask mandate. He called it government overreach. Medina said he rose his right hand as a Marine to protect our freedoms, and said it should be individuals choice to wear a mask or not. He did say however that he would encourage people to wear them.

Medina himself has tested positive for Covid-19.

There are a total of 4 candidates running for the Mayor of Palm Bay. The primary election will be held August 18th and the top 2 will move on to the general election in November. If one candidate receives at least 50% of the vote plus 1 in the primary however, they will win the race outright and there will not be a general election.