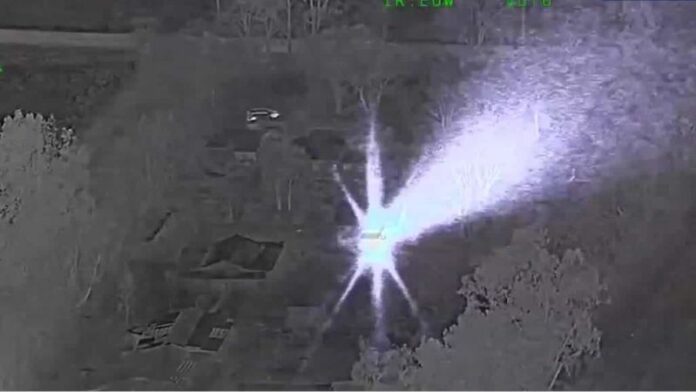 Last night, the Palm Bay police were searching for an armed and dangerous male who was suspected of shooting and stabbing his roommate around the Malabar Rd and Eldron Blvd area.

During that time, a man identified as Dean Beolet, allegedly shined a laser into the helicopter multiple times. The laser shined into the night-vision goggles of the pilot, temporarily blinding him. Another officer in the helicopter happened to also be a pilot, and was able to take over the controls.

Palm Bay police were able to locate the exact location of the suspect with the laser, and arrested him with one count of Felony Misuse of Laser Light.