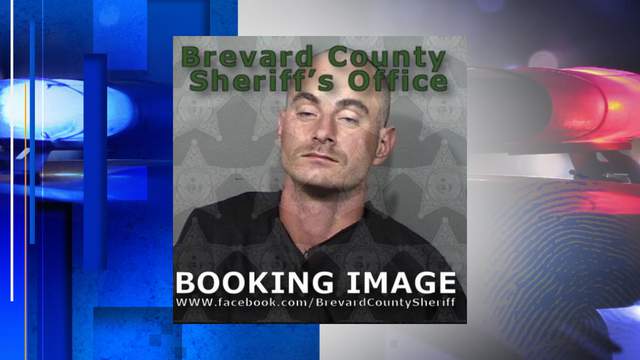 TITUSVILLE, Fla – A man is locked up in the Brevard County Jail after police say he was found without pants on, carrying a loaded gun on a school’s property.

Titusville police arrested Edward Bochi Tuesday morning after they were called by a security guard at Temple Christian School.

The security guard spotted Bochi on the property of the school along North Washington Avenue while children were playing outside, according to the arrest report. As the guard approached Bochi, he noticed the 29-year-old was not wearing any pants and had a pistol between his legs, records show.

The guard told Bochi to leave. The report said Bochi appeared to “rack” the gun before placing it in his bag and walking off property,

When officers arrived, the guard pointed them toward Bochi. Police said the man was given several commands to stop walking and get on the ground, but Bochi refused.

Officers said they ultimately zapped the man with a stun gun to subdue him and forcefully handcuffed him. Police said they found a loaded .45 caliber gun with 6 rounds in Bochi’s bag.

Bochi faces charges for armed trespassing, exhibiting a weapon on school property and resisting an officer without violence. He is being held without bond.