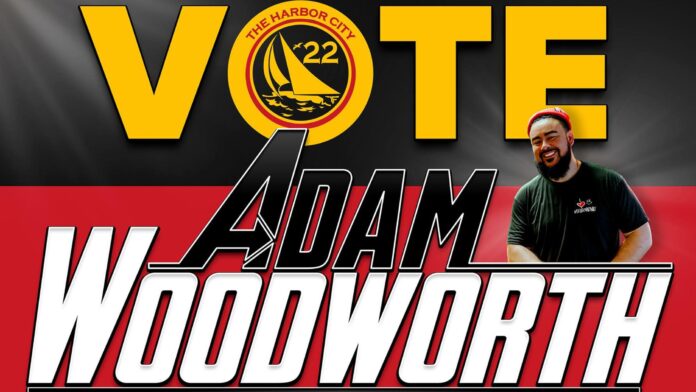 Raised by a single mother, Adam grew up in Brevard County and has been an active participant in the enrichment and history of our city.  After working as a teacher in Orlando, he started a business right here in Melbourne and became a true pillar of the community through his ongoing expansion of popular local eatery Chez Quans.

Adam is a political outsider – a weightlifter, a father, a donut-eater and all-around regular guy who sees the potential in Melbourne and is dedicated to the idea of growing our city forward while honoring the values of the folks who live here and already help make the community what it is today.  He knows we’re great, and believes we can be even better.  As a father of five, Adam is deeply familiar with the concept of family, and it is the energy at the core of this concept that drives his approach to business, and without question a sensibility he intends to bring to his duties on the Melbourne City Council.  A true man of the people, Adam continues to illustrate how deeply he cares for Melbourne by being an active member of Tied Together, an organization that empowers young men at local high schools, and his ongoing support of our nation’s veterans – particularly the sacrifice of Special Operators.

Adam is a vigorous grassroots organizer, an ethical leader with a clear vision for the future of Melbourne.  He comes equipped with the strong belief in people being the true source of power in any system, and, with your vote, intends to pair that creed with the sort of benevolent, support-focused community vision that he has become known for all across the city of Melbourne.