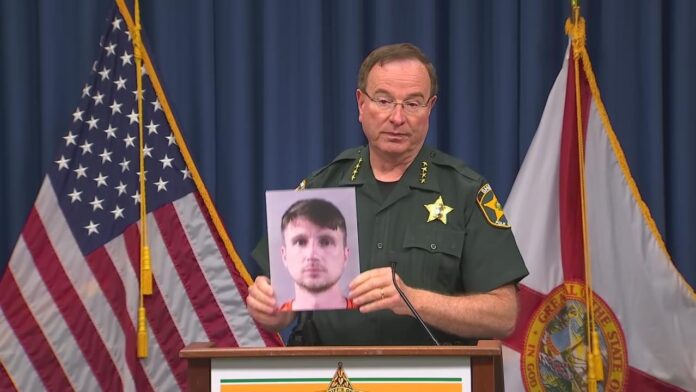 Deputies arrested a Lakeland church youth pastor accused of trying to have sex with a teenage girl.

Polk County Sheriff Grady Judd said the youth pastor, 29-year-old Andrew Weaver, worked for Highlands Church of Christ. But when church leaders learned that Weaver may have had an inappropriate relationship with a minor in his youth group, the sheriff said they notified detectives.

According to investigators, Weaver had been “informally counseling” the 17-year-old girl when he asked to see nude photographs of her. The two then began talking about sexual fantasies, the sheriff said.

“Instead of him being the adult in the room, he creates a relationship with a 17-year-old child,” Judd said. “Did I tell you that he’s 29, and married, and a youth pastor?”

The sheriff’s office said Weaver met the minor at the church and took her to a motel in Mulberry where he had rented a room. But before anything sexual could happen, Judd said a maid knocked on the door, startling Weaver.

The victim told investigators that she believed their sexual contact would have continued to progress if they hadn’t been interrupted by the maid.

“That maid [who] went to the door, she was an angel that day because it freaked him out and the rest of that ‘inappropriate counseling session’ didn’t take place,” the sheriff said.

He added that the church did the right thing by turning him into the sheriff’s office when they learned about what Weaver had done.

“Let me share a little counseling with Andrew here: Jesus don’t like that,” Judd said. “I’d even go so far to say he’s pissed.”

When detectives arrested Weaver, he said he believed he had “crossed a line” with the victim and said struggles with impulse control.

Weaver faces charges of attempted unlawful sex with a minor and interference with child custody, both of which are third-degree felonies.