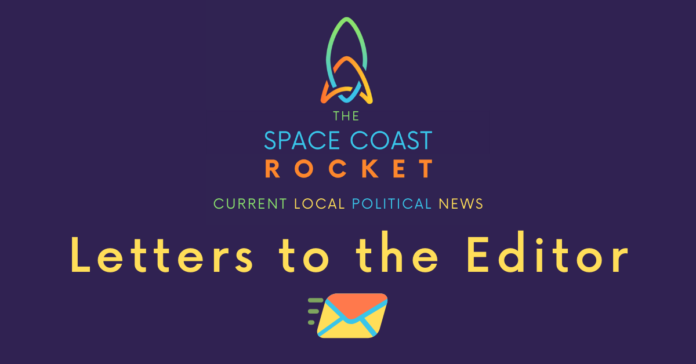 An open letter to the Brevard Public Schools Board of Education:

A friend fo mine likes to say from time to time that in the absence of clear information, we humans tend to fill in the blanks with the worst-case scenario.

Several things that happened during your Brevard Public Schools July 14 Board of Education meeting make us do just that.
Most concerning was that the Public Comments section of the meeting was broadcast behind a title card with no cameras on the live meeting at all.

Three hours of comments from the public recorded the night before the meeting were played and we could not see if the board was listening, fidgeting, chatting with each other, or even in the room at all. These are all things that happen during a live, in-person meeting that are important to public perception.

During a regular, in-person meeting open to the public, the Board will often and appropriately take a break during lengthy public comments. Are we to believe no one in the room took a break during three hours of public comments? How do we know the board listened to all the comments as they are normally required to? Are there reporters in the room? Is there a public ombudsman to protect our interest? The board’s broadcast (and follow-up calls to the board office) give us no answer.

Other troublesome practices that throw the Board’s intention into question include:
The meeting’s scheduled 9:30 a.m. start time. On a work day, this intentionally limits the number of concerned working citizens from participating, or even listening into the meeting.

The practice of recording public comments the night before the meeting. Sure, this enables School Administrators to revise their presentation based on comments, but it hides any semblance of robust public debate. By design, the recorded comments address a plan that has been changed behind their backs to address those same comments before a vote. The public has no opportunity to comment on the revised plan.

The process of recorded comments. The process to have a comment recorded is onerous and frustrating to the point of discouraging people from participating at all. Many other School Boards in the state have live public comments in their virtual meetings.

The curious case of the “last public comment.” The last public comment included was the only comment in favor of the Board’s original plan and it was, curiously, not recorded in the same manner all the others were. It was read into the record by a Board staffer against the Board’s own published policies. A fraudulent statement made up to show board support? Not necessarily. But it certainly looks odd.
Individually, these things do not prove that our School Board is trying to stifle or ignore public input, but as ongoing practice, these things do make it look that way.

Put together, these things should and do make us all question the commitment of the Board to transparency and make us feel, we the public, are not an important part of their work.

In short. Optics matter. And the public NEEDS to believe the Board is listening.

I emailed my board representative, Matt Susin, to point these issues out and have not yet received a response. I may soon. I may not.
But it is important, maybe imperative, to a properly functioning democratic institution to feel like we are being heard.
Right now, the Board’s recent practices makes us feel that we are not. In the absence of clear information, we tend to fill in the blanks with the worst-case scenario.

Sabal Elementary janitor arrested after assaulting and dragging a student

America Loves the US Postal Service