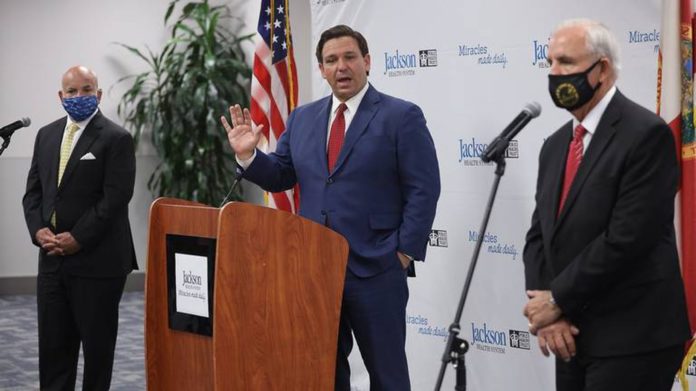 The Florida Education Association has filed a lawsuit aimed at preventing Gov. Ron DeSantis and state education officials from forcing all school districts to reopen campuses this fall.

The lawsuit from the state’s largest teachers union was announced on Monday as districts across the state prepare plans to reopen schools next month.

FEA President Fedrick Ingram said during a news conference announcing the lawsuit that reopening decisions would be best made at the local level.

DeSantis said during a news conference in Orlando on Monday that he believes schools should be open, but said students and teachers who don’t feel safe returning to campus should have alternative options.