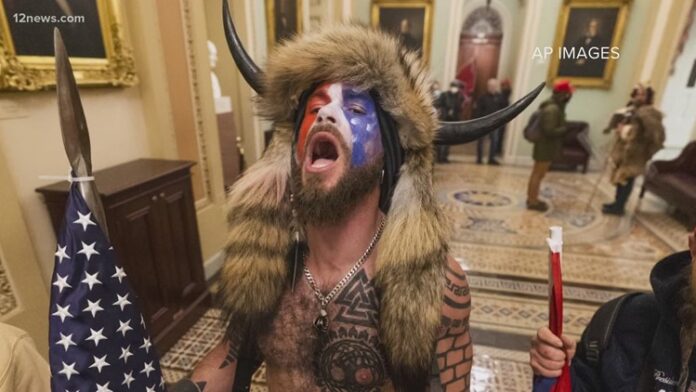 Jacob Anthony Chansley, The so-called “QAnon Shaman,” of Arizona is charged with knowingly entering or remaining in any restricted building or grounds without lawful authority, and with violent entry and disorderly conduct on Capitol grounds.

Angeli distinguished himself from other insurgents in the Capitol by wearing face paint, a bearskin headdress and no shirt. He also carried a six-foot-long spear with an American flag tied below the blade.