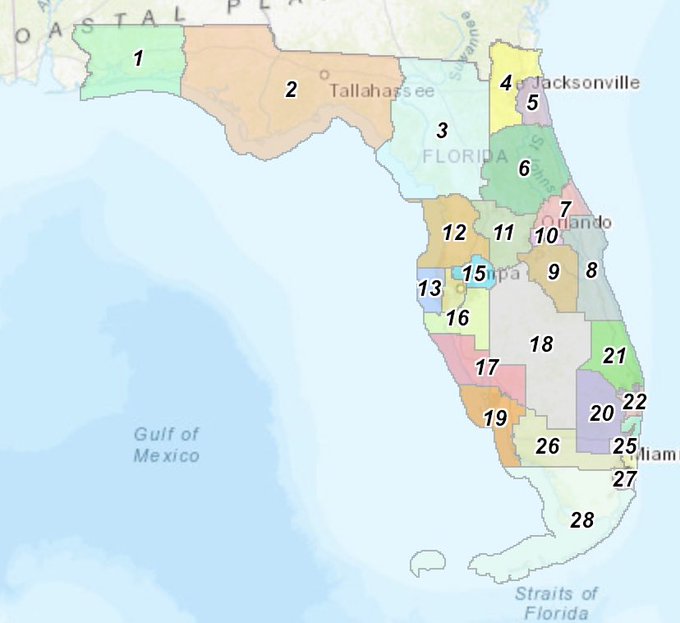 Governor DeSantis vetoed both maps passed by the Florida Legislature last month for the redistricting of the 28 US Congressional Districts for the state. Florida gained a seat due to the increased population data from the census. Redistricting occurs every 10 years.

DeSantis called for a special legislative session beginning April 19th to give them another opportunity to come up with a map he will support. On Monday the Legislature announced that they would not be drafting any new maps, leaving it up to the Governor to submit his own which they will support.

The link to the detailed map is here.

DeSantis, a former congressman, is eager for a court fight over Florida’s maps, NBC News reported. He also is taking aim at a 2010 amendment to the Florida constitution, overwhelmingly approved by voters, that sets guardrails on the redistricting process. Part of that amendment says districts cannot be drawn to abridge “the equal opportunity of racial or language minorities to participate in the political process or to diminish their ability to elect representatives of their choice”.

“I think our dispute very well may lead to saying that Florida’s redistricting amendments are not consistent with the 14th amendment’s equal protection clause,” DeSantis said in March. Republicans hold a 6-1 majority on the Florida supreme court.