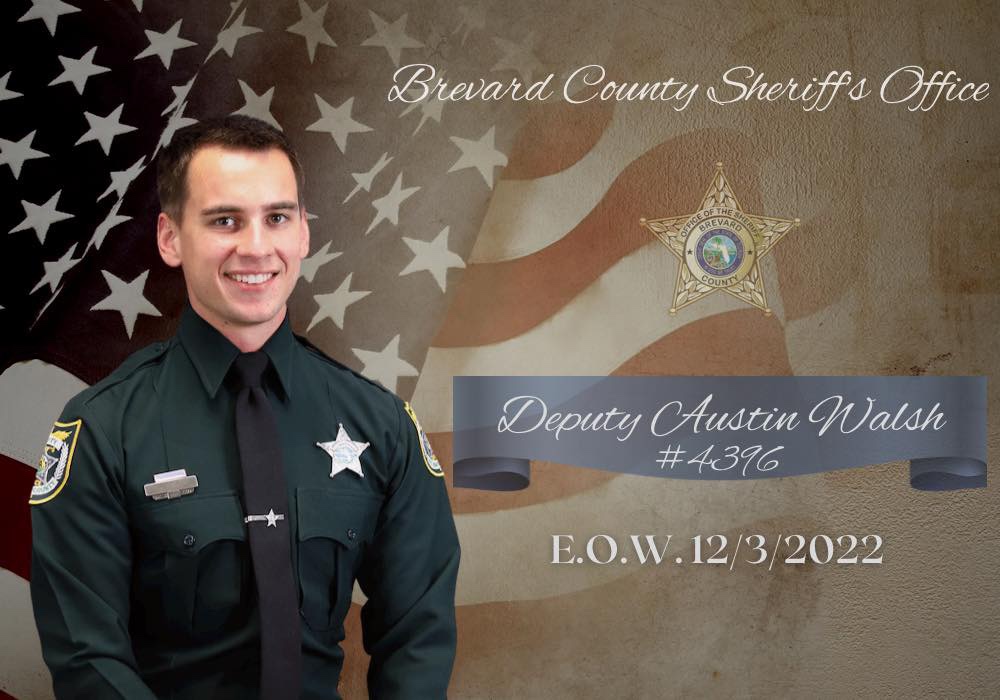 The funeral for brevard county deputy Austin Walsh, will be held Friday. Austin 23-years-old, was shot and killed by his roommate – a fellow deputy with the agency, the sheriff’s office said.

According to a report by the FDLE, Deputy Adam Lawson admitted to pointing his pistol at Austin’s head and pulling the trigger. When nothing happened, he pulled the slide back on the weapon which loaded a round in the chamber, pointed the weapon at Austin again and shot him in the head. Austin died at the scene. Sheriff Ivey described the incident as a tragic accident. Lawson was arrested on manslaughter charges, and released on a $15,000 bond.

The funeral will be held at First Baptist Church in Merritt Island at 2pm.