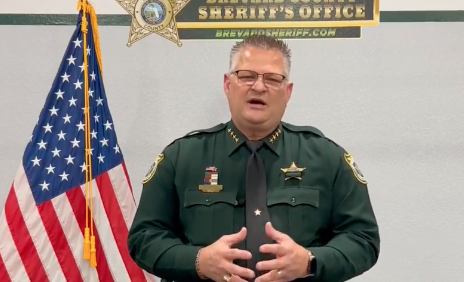 Below is the arrest affidavit that describes the how the shooting of Deputy Austin Walsh by his roommate, Deputy Andrew Lawson played out. Sheriff Ivey described the event as a late-night accident when they were joking around after playing Call of Duty.

This time, the weapon fired, and a single round struck Walsh in the face, right below his eye. He was dead before police arrived.

The report states that Lawson called 911 immediately and stated he accidentally shot Walsh. He stayed outside and waited for police to arrive.

Today was Lawson’s first appearance at Brevard County Court, and he was granted a bond of only $15,000, and permitted to stay outside of the County with his mother.

Sheriff Ivey has not yet announced whether or not Lawson’s employment has been terminated.

A neighbor posted on twitter, prior to the details being made public that they heard Lawson and Walsh outside yelling at each other in the street right before the shooting.