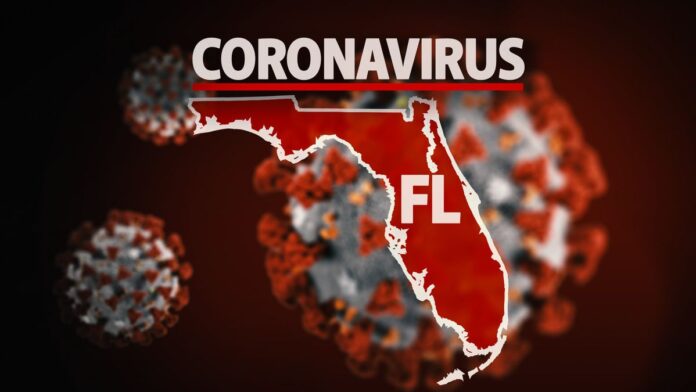 More Floridians have received at least one dose of a Covid-19 vaccine than have tested positive for the virus. This is a promising milestone it putting the pandemic behind us.

As of Monday afternoon, 1,707,692 Floridians had received one or both doses of the current vaccines, according to data gathered by the Florida Department of Health. Since the first case in Florida nearly a year ago, 1,695,300 residents have tested positive and 26,685 residents have died according to the Florida Covid-19 Dashboard.

1,379,346 have received the at least the first dose with 328,346 completing the series to be considered fully immunized.

Governor Desantis has focused on “Seniors First” in Florida, making residents over the age of 65 the priority. Florida has 4.5 million residents that fall into this category, and is leading the nation in the number of seniors vaccinated.

According to a report by Bloomberg, the U.S. has been administering shots at a faster daily rate than any country in the world, giving about 1.35 million doses a day, according to data gathered by Bloomberg. While the rollout stumbled in its early days, in the six weeks since the first shots went into arms almost 7.8% of Americans have gotten one or more doses, and 1.8% are fully vaccinated.

Desantis has been criticized and praised over his approach to the rollout of the vaccine. With early problems with websites and phone lines for booking appointments, and the choice to work exclusively with Publix pharmacies, frustration and criticism has been harsh. However, Desantis stands by his argument that it is a supply problem, not an infrastructure problem. He says if we can get more doses from the federal government, then we can get those shots in arms no problem.

Brevard County’s Communication Director said in a Facebook live forum with Florida Today last week that, in the past, Florida simply was not given the number of vaccines it was promised.

Desantis reported today that we received an increase of 70,000 more vaccines for the weekly delivery than we have been receiving in the past. He hopes to continue to see those numbers rise.

He also warned that we could see another surge come spring time as we saw in the summer, which is all the more reason to get as many vaccinated as possible.

In a press conference today at The Villages, Desantis discussed his opinion of the new Johnson and Johnson vaccine which reported less efficacy than the other vaccines. He pointed out that in looking at the data, although the vaccine wasn’t as effective in preventing contracting the disease, the data showed that those who did resulted almost in no hospitalizations or deaths. He stated that as long as no one is hospitalized or dies, then it is as a normal person with a cough or a sneeze, and he’s all for that.

That vaccine still is awaiting approval form the FDA and only requires one shot.

“While these trends are encouraging, I want to stress that the numbers nationally are still high, and they’re as high as they’ve been at any point in the pandemic up to this point,” he said at a briefing Friday hosted by the Infectious Diseases Society of America. “If this pandemic were a stock, we might be wanting to sell.”

The goal is to eventually reach herd immunity, when so many Americans have protection thanks to a vaccine or natural infection that the virus struggles to spread and eventually dies out. Public health officials, including Anthony Fauci, the nation’s top infectious disease doctor, estimate 70% to 85% of the 330 million Americans must be exposed to the pathogen through virus or vaccine to reach that level.