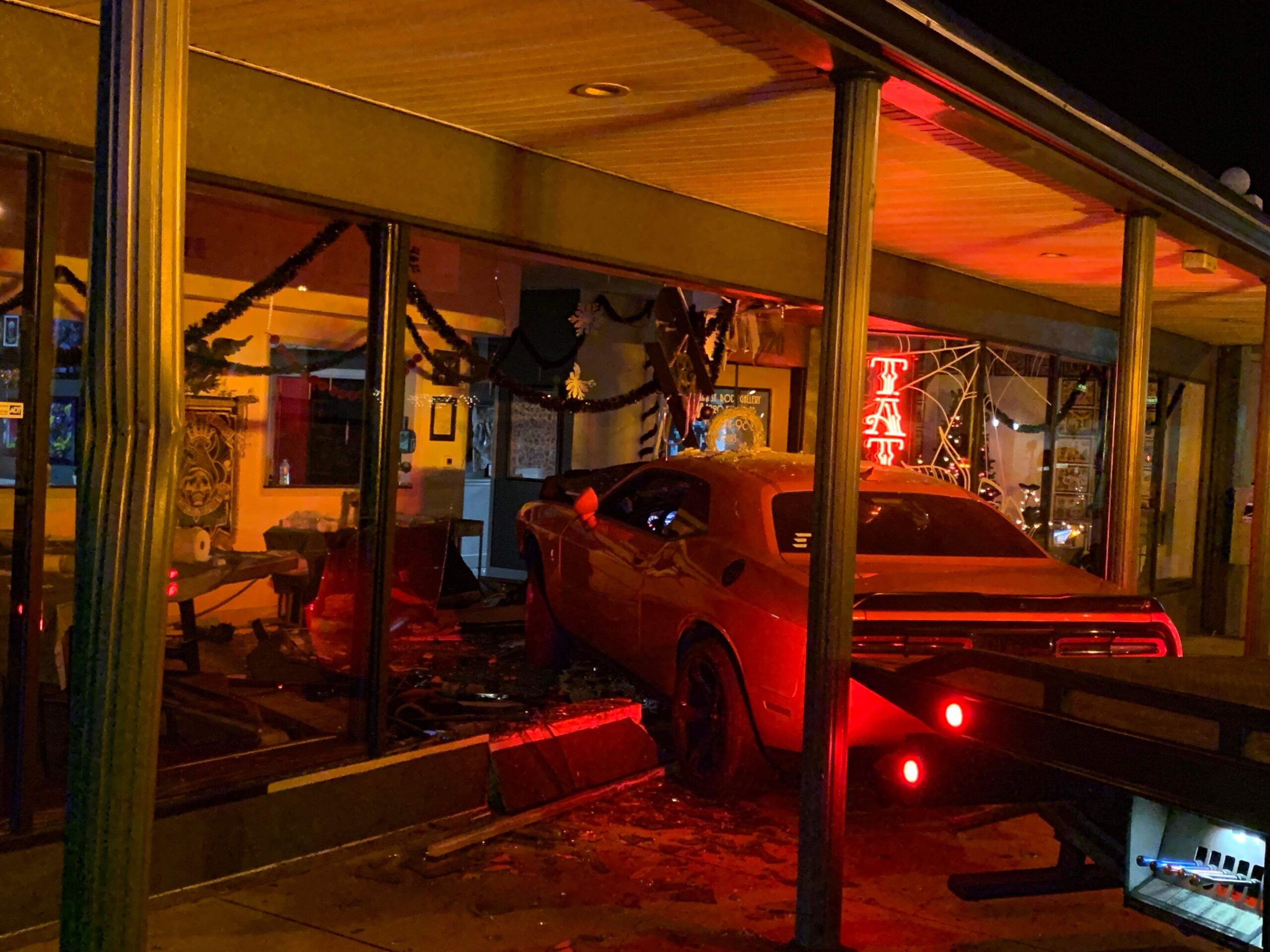 The following is the narrative from the arrest affidavit of the individual now identified as Exaveair Logan Hayes, who crashed his Dodge Charger into a tattoo shop in Cocoa Village early Christmas morning.

Upon my arrival, I contacted Exaveair Logan Hayes, D.0.B. 11/19/1998, the suspect who was detained by BCSO deputy Anterio ID#4752, southbound parking lot across from 220 King Street. I proceeded to ask Mr.

Hayes if he knew what had happened, and he spontaneously uttered that he was the driver of a 2021 Dodge Charger FL license plate #15AXCW and had lost control, which caused the vehicle to drive into the business. It should be known that, I could smell an alcoholic beverage odor emitting from his mouth and breath.

Mr. Hayes was in possession of a black backpack that was on the ground by him and was asked if he knew whose backpack that was. He quickly stated that it’s his and that I could search it. While searching the backpack, I discovered multiple tools and a license plate (15AXCW). The plate was later confirmed by Cocoa communications Teletype, belonging to a 2021 Orange Dodge Challenger. This was the vehicle that had crashed into King Street Body Gallery.

At this point Mr. Hayes became extremely uncooperative with myself and Brevard County Fire Rescue refusing to answer any of the medical questions stating that he was afraid and did not know what to say.

While on scene I was made aware by Officer T. Denham that one of the passengers of the vehicle being driven by Mr. Hayes had been checked into to Rockledge Regional Medical Center for injuries sustained in the crash.

FTO McNamara spoke to an independent witness Bobbi Dee McConaughy, D.O.B. 01/01/1973, witness, stated in summary that a light skinned black male wearing a white/gray hooded sweatshirt and dark pants was the driving the 2021 Dodge Challenger who crashed into the body gallery.

At this point based on the evidence I had, coupled with his injuries that consistent to the wreckage; passengers in the hospital, Deputy Anterio seeing Mr. Hayes in the area and being in possession of the keys