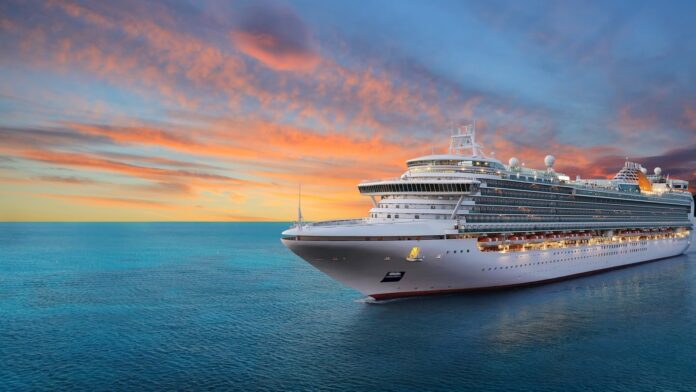 Governor Ron DeSantis and other government officials hosted cruise industry executives at Port Canaveral on Friday for a roundtable discussion on restarting the industry and dropping the Conditional Sail Order.

DeSantis, supporting the industry, blasted the U.S. Centers for Disease Control and Prevention (CDC), and said what they were doing did not make sense, calling it a national cruise lockdown.

DeSantis also said the CDC should not have had the authority to shut the industry down in the first place.

Attorney General Ashley Moody said Friday during an event with Gov. Ron DeSantis and cruise industry officials at Port Canaveral that she was looking at ways to “push back” against a directive by the federal agency that essentially keeps the cruise industry from operating.

“What is obviously clear is that the orders that we’re operating under are based on outdated medical information, and they’re untimely,” Moody said.

Moody said she agreed with the initial approach by the Centers for Disease Control and Prevention in issuing a “no sail” order in March 2020, based upon information at the time.

“I think everyone agreed, (that was) probably the smartest thing to do,” Moody said. “But since that time, we’ve moved on. And even though that has been lifted, it really hasn’t. Because they have put in place a new conditional order to sail, which hasn’t allowed you to do anything. So, we are still effectively in a lockdown.”

The industry, along with vendors, took the opportunity to underline that they would bring back employees that were furloughed or laid off with immediate effect if the industry were given the green light to operate.

“We employee a few thousand employees at our headquarters in Miami and our satellite office in Sunrise, Florida, and have had to lay off hundreds of them during this pandemic … if the no sail order was to be removed we would be able to hire them back immediately,” said Harry Sommer, president of Norwegian Cruise Line.

Added Thomas Mazloum, president of Disney Signature Experiences (overseeing Disney Cruise Line): “Let’s get people to work. The health situation has changed. Member cruise lines are cruising very successfully outside the United States, proving with the right protocols cruising is a very safe and beautiful experience. We still have a significant portion of our Disney Cruise Line employees right here in central Florida furloughed a year into this. What most people don’t realize is the impact this has on vendors, business partners and communities.”

Mazloum added: “We are the only industry not allowed to operate by the U.S. government … let’s start by treating this industry like any other sector in travel and tourism.”

Rick Sasso, chairman of MSC Cruises USA, noted: “There are things going on that are kind of frustrating. We do need a date certain … we need to know when. It will take time for us to engage and get things back into order.”

With the MSC Grandiosa operating in Europe, Sasso noted: “You are safer (on the ship) than you are going into a local supermarket.”

Christine Duffy, president of Carnival Cruise Line, explained: “Airlines, hotels and resorts, every part of the travel and tourism sector is preparing for summer travel. The protocols that have been put in place by the cruise industry go above what we’ve seen in any other part of travel or entertainment. “

Duffy said the company still had employees on furlough and had cut resources by some 40 percent.

“All of us rely on the supply chain and many of those companies are small business here in the state of Florida, and they are not working. We can bring those jobs back tomorrow but we need firm direction,” she said.

Michael Bayley, president of Royal Caribbean International, said that since the Conditional Sail Order was issued five months ago there had “literally been no progress.”

“We’re confused. We’re a Florida-based entity. We have a huge business,” Bayley said. “And suddenly it stopped and we can’t get any reliable information from the entity that’s closed us down.”

The Florida Ports Council estimated the impact of the coronavirus pandemic on the cruise industry in Florida, along with a slowdown in cargo traffic, at 169,000 Florida jobs and $23 billion in economic loss.

As part of his spending request for Florida’s share of the $1.9 trillion American Rescue Plan Act, DeSantis has suggested the Legislature allocate $260 million to the state’s ports.