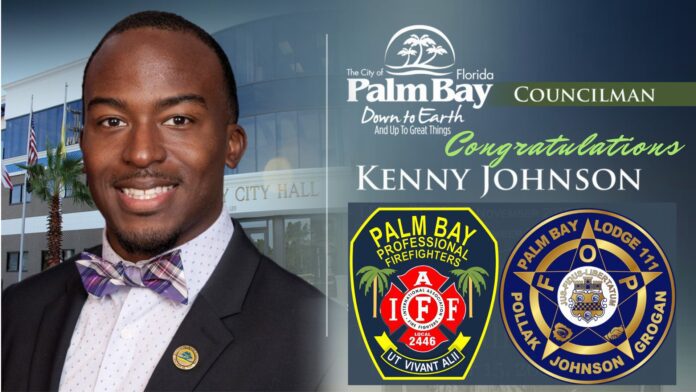 Palm Bay Deputy Mayor Kenny Johnson is running for re-election after a busy and successful first term. When he was elected in 2018, he became the youngest elected official in Brevard County’s history. He faces an opponent in the November 8th election this year.

With elections, often come endorsements from prominent organizations and leaders in the community. For this election, both the Palm Bay Professional Firefighters, as well as the Palm Bay Police have chosen to endorse Deputy Mayor Johnson over his opponent.

“Before he was elected, we would see him out in the community volunteering and organizing events to promote the safety throughout our cities. Since being elected, not only does he continue to volunteer his time, but as a councilman he’s secured funding for our first responders, for better pay, better equipment, and helping reduce response times.” – First Responder and 40 year Palm Bay Resident