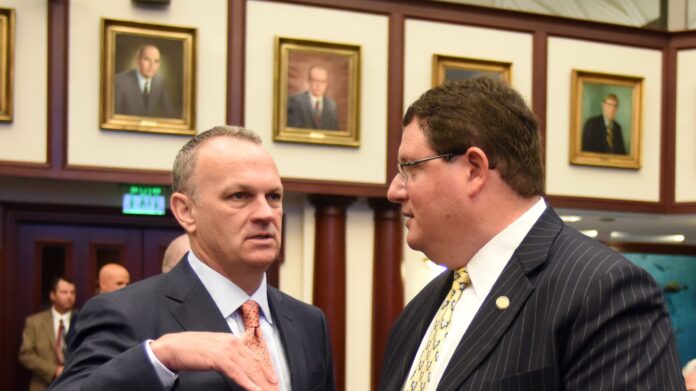 Last week, State Representative Randy Fine made several Facebook posts alleging that Brevard Public Schools were denying food to students for not wearing masks. Representative Fine claimed his office had received dozens of complaints about the situation spanning across 19 schools in Brevard, and he called for an investigation by the Florida Department of Education. He went as far as to state that 3 members of the School Board were directly denying food to the students. He then posted a video and said that the school board members “don’t care about your children.”

Representative Fine provided no evidence to support his claims other than his own words stating as such.

At yesterday’s school board meeting, Superintendent Dr. Mark Mullins came to the defense of the teachers and staff accused, and revealed that after the investigation was completed, the allegations were determined to be invalid.

He said it was completely unfounded by the investigation that children were denied food for not wearing a mask. Dr. Mullins went on to say that he visited one of the schools accused, and said that the staff members were hurt from the accusations.