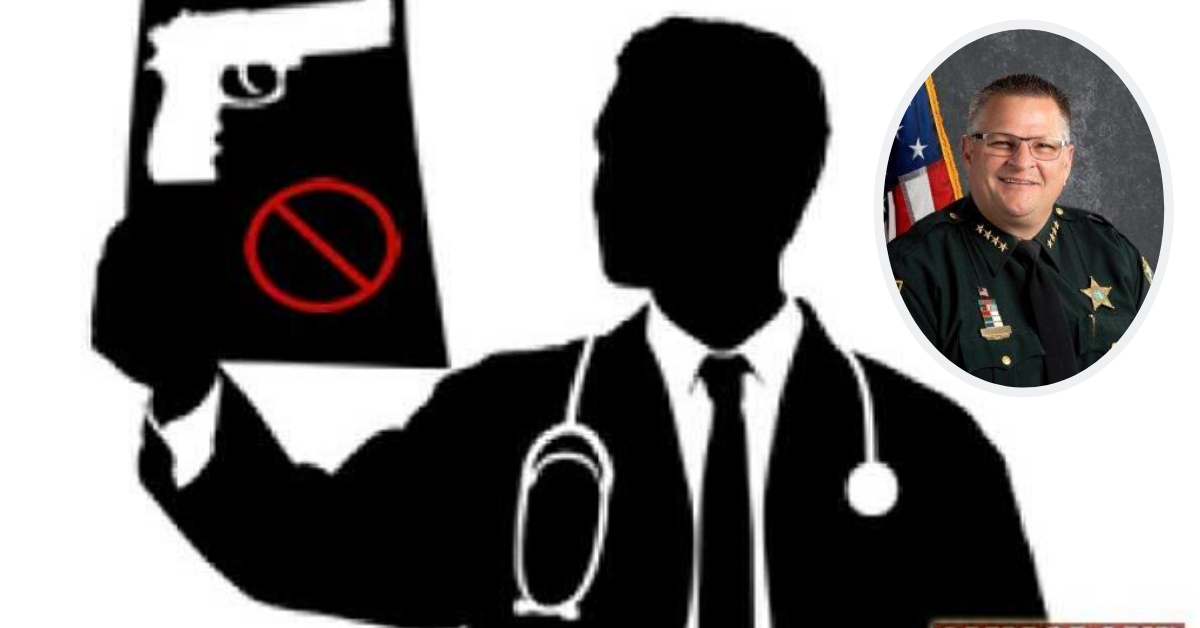 “Is the problem not that we’re attacking the implement and not the potential dangerous person?”

“The problem is not anything to do with the 2nd Amendment or any of that. the problem is with the mental health system in this country is broken, throw the baby out with the bath water. If you want to reform something, reform HIPAA.

So that I can now see what a doctor has said about this person. That person can be Baker Acted and show up 3 days later, and I have no way of knowing what the doctor has even said about them.

You start talking about reforming HIPAA and people cringe. The reality is our mental health system is broken. We’ve got to a point where it was more important to save money than to save lives. “

According the the U.S. Department of Health and Human Services, HIPAA stands for Health Insurance Portability and Accountability Act of 1996. It is a federal law that sets a national standard to protect medical records and other personal health information.

The Baker Act allows for involuntary examination (what some call emergency or involuntary commitment), which can be initiated by judges, law enforcement officials, physicians, or mental health professionals. There must be evidence that the person:

Examinations may last up to 72 hours (3 days) after a person is deemed medically stable and occurs locally here in Brevard at Circles of Care.

Since 2015, Sheriff Ivey has sat on the Board of Directors for Circles of Care and is charged with approval of the annual budget, and oversight of their financial records and audits, among other duties.

It is also not clear what role law enforcement has in evaluating patient medical records, their qualifications to do so, nor their right to do so. This forum was specifically about the 2nd Amendment, however there are many Amendment’s in the Constitution (which Ivey bragged about having tattooed on his arm) that cover the Right to Privacy.

The right to privacy is most often cited in the Due Process Clause of the 14th Amendment, which states:

No state shall make or enforce any law which shall abridge the privileges or immunities of citizens of the United States; nor shall any state deprive any person of life, liberty, or property, without due process of law; nor deny to any person within its jurisdiction the equal protection of the laws.

As stated earlier, it is unclear what Ivey’s intentions are in gaining access to this protected information in regards to the 2nd Amendment. What has been stated before in this scenario is to remove guns from the possession of those thought to have mental illnesses or pose a threat. President Trump himself drew criticism for this position when he said to “take the guns first and have due process later.” That position would be contrary to the positions Ivey stated previously in the forum.

What is clear is that one cannot protect an Amendment of the Constitution of the United States by violating the others.

If you would like to see the full video of the event, it can be accessed here.