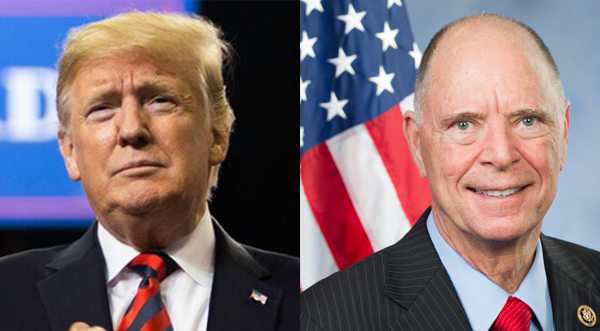 This evening, the House of Representatives voted 275 to 134 to raise stimulus payments from $600 to $2,000. The bill now goes to the Senate to be voted on as well, but several GOP Senators have stated they doubt it will be dealt with.

President Donald Trump has called for Congress to “increase the ridiculously low $600 to $2,000 or $4,000 for a couple.” While he delayed signing the coronavirus relief and omnibus spending package, he ultimately did so.

Congressman Bill Posey, who was endorsed by Trump during his primary election in which he drew his first opponent in nearly a decade, did not back the President on this one. Posey has been very vocal on election fraud claims and demanding investigations into already debunked theories. On this issue however, he has been silent.

Posey also voted against the original bill that called for $600 as well.

Numerous Republicans in Congress have said they oppose increasing the size of payments from $600 to $2,000 because it would increase the deficit beyond a level they’re comfortable with. According to a report in Bloomberg, the Joint Economic Committee estimates that the $600 payments in the enacted relief package will cost about $164 billion; and the Committee for a Responsible Federal Budget projects that increasing the payments to $2,000 would cost an additional $435 billion, bringing the total cost to about $599 billion.

The threats from the White House and other GOP pundits have already begun against those who had the backing of the President during their elections, but have backed off of supporting him now.

The American people need economic assistance amid the ongoing coronavirus pandemic, and while direct payments of $600 for most individuals would help. Increasing that amount to $2,000 would do a lot more to help households cover costs and shore up their finances.

The American people need economic relief from the coronavirus pandemic, which the $600 payments coupled with enhanced unemployment and additional forgivable small business loans provide. A $2,000 payment to individuals comes with an excessive price tag.