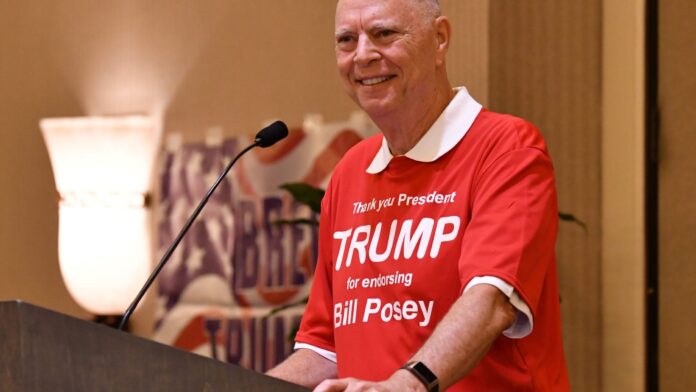 Thousands of people are expected to be in D.C. to protest the 2020 election on Jan. 6, the day Congress meets to affirm President-elect Joe Biden’s victory in the election.

Multiple groups have applied for permits for First Amendment activity on that day, and President Donald Trump has called on supporters to descend on D.C. for a “wild” protest.

Trump, Posey, and others continue to tweet about January 6th with “more to follow,” but not giving specifics on what is to happen.

During the hearing Posey is referring to in his tweet, a witness shows video of what she claims are thousands of ballots being shredded on the day of Georgia’s certification. One of the committee members pointed out that her photos and video actually showed envelopes being shredded, not ballots.

Trump has called for the resignation of Republican Georgia Governor Brian Kemp, while the Republican Secretary of State for Georgia reports no voter fraud discovered with signature audit.

It was about two years ago when Donald Trump first tweeted about Brad Raffensperger, who was running at the time as the Republican candidate for secretary of State in Georgia. The president said Raffensperger would be “fantastic” at the job, adding, “It is really important that you get out and vote for Brad.”

Exactly two years to the day later, Trump delivered a Thanksgiving message in which he described Raffensperger as “an enemy of the people.”

The major problem with the last part of that tweet is “Brad R” does not have a brother.

Nonetheless, Posey has shown unwavering loyalty when it comes to being with Trump on the election fraud stance. However, when Trump demanded congress vote for $2,000 stimulus checks, Posey voted against him.