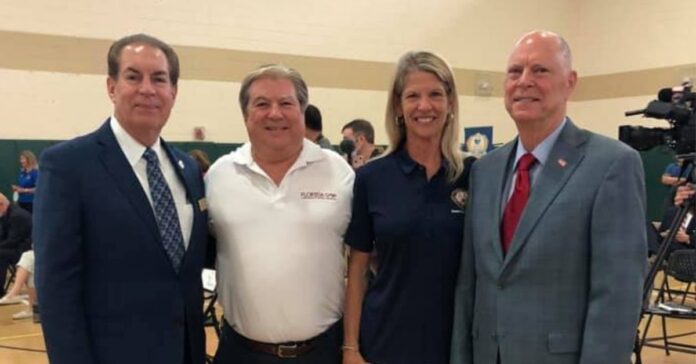 This evening is the organizational meeting for the Brevard Republican Executive Committee where voting members will be casting their ballots for leadership positions within the party.

Over the last few weeks, State Representative Randy Fine has been sending out endless robo-texts to republicans bashing Lacey in a full fledged campaign to replace him. In the 2018 election, Fine received 5 votes to Lacey’s 95.

Other elected officials had been quiet on the issue, until now.

BREC Chair Lacey has received an impressive list of endorsements today to inlcude:

Fine however, continues to post multiple times a day, sharing the mass text messages he’s having sent out. Many of his followers have expressed their displeasure over it, and asking him to get back to official business. Fine has deleted most comments against him from the posts. He believes that Lacey was actively campaigning against him, however as this commenter posted, there were hundreds of Republicans campaigning against him quite publicly and often because of his liberal actions and inactions taken.

His last post includes a list of 3 city council republicans speaking against Lacey. Tim Thomas and Paul Alfrey themselves just this past July blasted Fine on social media for attacking their own patriotism for refusing to host his campaign fireworks event. Fine himself will not be at the election because he is attending a party at the White House today just after telling his constituents to avoid public gatherings.

it should be noted that Tina Descovich is not associated with Susin’s letter, nor was she contacted about mentioning her name in the letter.