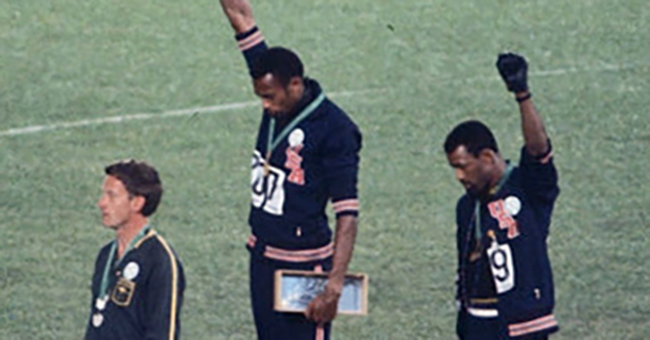 Florida Congressman Bill Posey (R-Rockledge) joined others Republican Representatives in Florida sending a letter to the U.S. Olympic and Paralympic Committees about the “growing trend of American athletes taking advantage of the Olympic games platform to perpetuate divisive, hateful, and anti-American ideologies.”

Representative Dan Webster went on to say, “American Olympic athletes have the honor and privilege of representing the United States on an international stage. The Olympic Games are a celebration of athletic achievement and should not be turned into an arena for divisive, anti-American acts. I hope the Olympic and Paralympic Committee ensures their charter rules and standards are upheld and I look forward to cheering on American athletes as they showcase their skills and respectfully represent the greatest country in the world.”

The letter goes on to say that Rule 50 of the International Olympic Committee’s Olympic Charter states that political demonstrations of any kind are not permitted at Olympic sites, venues or other areas. The political neutrality of the Olympics should be respected.

White House Press Secretary Psaki told reporters that while President Joe Biden respects the flag and national anthem, he believes that part of being a patriotic American means recognizing the sins committed in America’s past and respecting the right of Americans to protest those wrongs.

“Part of that pride in our country means recognising [that] there are moments where we, as a country, haven’t lived up to our highest ideals,” Ms Psaki explained.

“American Olympic athletes have the honor and privilege of representing the United States on an international stage. The Olympic Games are a celebration of athletic achievement and should not be turned into an arena for divisive, anti-American acts. I hope the Olympic and Paralympic Committee ensures their charter rules and standards are upheld and I look forward to cheering on American athletes as they showcase their skills and respectfully represent the greatest country in the world,” said Representative Daniel Webster (FL-11).

“The Olympics should be about patriotism and the love of one’s country. And it should be a time when partisan politics is put aside. If you do not love America, I cannot begin to imagine why you would want to represent America on the world stage,” said Representative Robert Aderholt (AL-04).

“The pinnacle of athletic achievement is representing one’s nation at the Olympics. It is inexcusable for American athletes to use participation in the Olympics, whether its events or ceremonies, as a platform to embarrass the United States. There will be plenty of opportunities for successful athletes to raise their concerns after the games. The only activism an athlete should be focused on is reminding the world of America’s perennial dominance in the Olympic Games. Otherwise, do not don the red, white, and blue on a global stage only to spew hatred towards the country you chose to represent,” said Representative Andy Biggs (AZ-05).

“If you don’t love America, then you don’t need to represent her on the global stage. I am proud to join my colleagues in sending a letter to the Olympic Committee to remind activist athletes to stop abusing their platform to spout shameful anti-American rhetoric,” said Representative Paul Gosar, DDS (AZ-04).

“Every four years, our nation comes together to witness and celebrate incredible athletic achievements at the Olympic games,” said Representative Murphy (NC-03). “American Olympians know that they are ambassadors of our nation when they compete abroad, and as such they should be held to a high standard of behavior. I find it appalling that some athletes would have so much hate for a country that has given them a platform to succeed at the highest level in their respective sports. American Olympians represent some of the very best of what our nation has to offer, and their actions should reflect this great responsibility. Anti-American and hateful rhetoric has no place on Team USA.”“To represent the United States of America is an honor of a lifetime,” Representative Matt Rosendale said (MT). “Participating in the Olympics consists of being part of something bigger than yourself. It shouldn’t be a pulpit from which to attack our country.”

“Athletes disrespecting the Olympic platform to selfishly espouse their anti-American agenda is not only misguided, but harmful to the United States’ international standing,” said Representative Wittman (VA-01). “I challenge any of these athletes to show me a nation more committed to righting past wrongs and building a brighter future than the United States of America.”

“Representing America in the Olympics is a privilege and honor reserved for the most hardworking and determined athletes. The honor to compete at this level should not be misused to participate in the alarming trend of divisive, anti-American rhetoric we have increasingly seen promoted by today’s Left,” said Representative Tom Tiffany (WI-07).