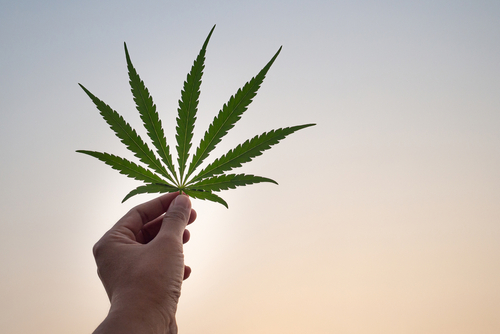 WASHINGTON — The U.S. House of Representatives on Friday voted in favor of decriminalizing marijuana on a federal level, marking the first time Congress has voted on the issue of legalizing cannabis.

The 228-164 vote fell mostly along party lines, with five Republicans and the House’s lone Independent joining Democrats to pass the bill. Six Democrats voted against the measure.

The bill is not expected to pass the Republican-controlled Senate, NPR reported. If it does, it’s unlikely to affect a majority of cannabis-related prosecutions, as those happen on the state level, The Washington Post reported.

Dubbed the “Marijuana Opportunity Reinvestment and Expungement Act,” the bill would remove marijuana from the list of federally controlled substances, eliminating criminal penalties related to the drug and establishing a process to expunge previous federal convictions related to cannabis. It would also impose a 5% tax on cannabis products and create a fund to support communities impacted by the war on drugs.

“This long overdue legislation would reverse the failed policy of criminalizing marijuana on the federal level and would take steps to address the heavy toll this policy has taken across the country, particularly on communities of color,” Rep. Jerry Nadler, the New York Democrat who introduced the bill, said Friday in a statement.

“Whatever one’s views are on the use of marijuana for recreational or medicinal use, the policy of arrests, prosecution, and incarceration at the Federal level has proven unwise and unjust.

I’m so proud that the MORE Act passed the House by a bipartisan vote of 228 to 164. I introduced this bill to provide restorative justice, modernize America’s cannabis laws, and deliver meaningful investments to America’s communities & small businesses.

Opponents of the bill characterized it as a hollow political gesture amid the ongoing global coronavirus pandemic.

“With all the challenges America has right now, (Republicans) think COVID relief should be on the floor, but instead, the Democrats put cats and cannabis (on the House floor),” said House Minority Leader Kevin McCarthy, R-Calif., according to The Associated Press. On Thursday, the House passed a bill boosted by the Netflix series “Tiger King” which would allow most private zoos to keep their tigers and other species while prohibiting most public contact with the animals.

“(Democrats are) picking weed over the workers. They’re picking marijuana over (providing) the much-needed money we need to go forward″ to address the pandemic, McCarthy said.

Marijuana has already been legalized for recreational use in 15 states and decriminalized in another 16. Even more states have approved of cannabis use for medicinal purposes.

National cannabis policy has lagged behind changes at the state level in recent years, creating a host of problems. Loans and other banking services, for example, are hard to get for many marijuana companies because pot remains illegal at the federal level.

The Associated Press contributed to this report.