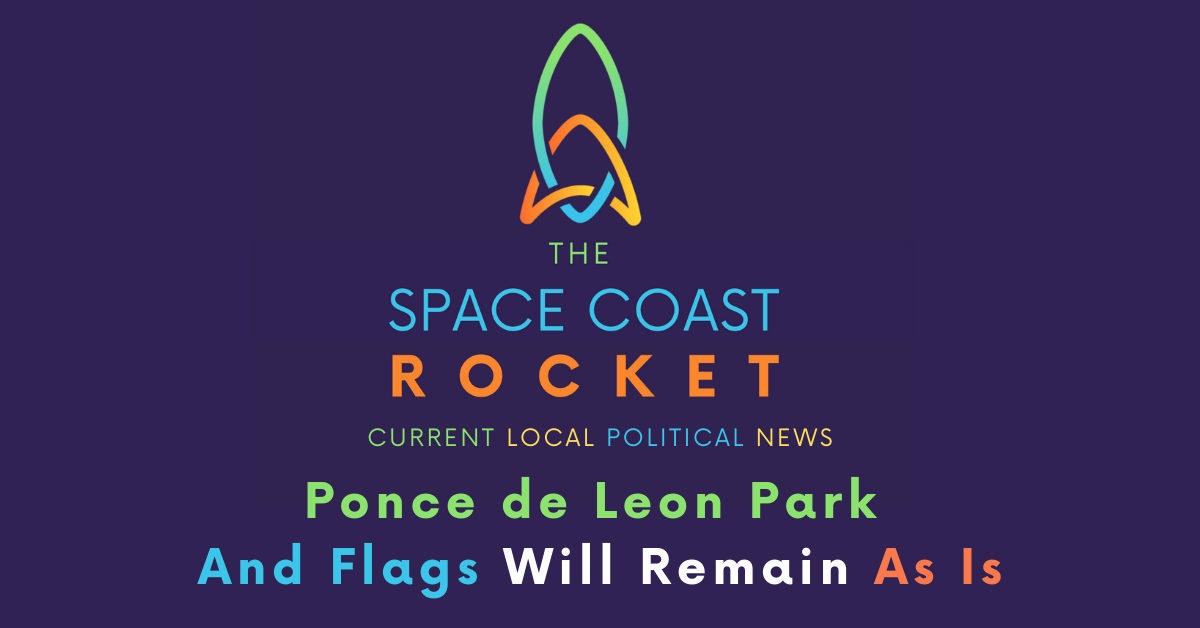 Commissioner Tobia of District 3 which includes Melbourne Beach says he has received complaints from his constituents over the flags being flown at Ponce de Leon Park. He says that specific complaints are targeted towards the flying of the Puerto Rican flag and the Spanish flag, and also contests the historical claim of Ponce de Leon actually landing at that location over 500 years ago.

He stated in an interview that Ponce de Leon probably spent as much time at that location as Santa Clause, referencing a study conducted by the University of Central Florida (UCF) in contrast to the findings of the State of Florida which designates the park as a historic site.

13 public speakers spoke during public comments both for and against the proposal. The 8 speakers in favor of keeping the flags as they are focused their comments around the history and culture of the hispanic communities and their representation. They also spoke on the support and approval of the project by prior County Commissions who funded the project.

One resident went as far to say that the County should embrace and promote the park much like St. Augustine does with their historic sites.

The majority of the speakers who backed Tobia’s proposal stated that they were Native American’s and took issue with honoring Ponce de Leon who they characterized as an “invader” and drove out Native Americans from the area. One resident states she was heartbroken and felt that the American flag was being disrespected.

Two residents of Palm Bay, Randy Foster and Isabel Wright, both candidates for Palm Bay City Council argued that the flags on the Brevard County Seal itself are not within regulation for proper display. They said to make sure they County is right before criticizing anyone else.

Lober who did an exceptional job chairing the contentious subject, seconded and supported Tobia’s proposal. However Commissioner’s Isnardi, Smith, and Pritchett voted against it.

Tobia says his position is based purely off of historical accuracy and disputes the previous claims on the landing site. He also says that the speakers failed to reference any actual study or data to support their positions. He also conceded that the County Seal is inaccurate itself even with its date establishing the founding of the County; a point he has made in the past.

Commissioner Isnardi stated that she loved the idea of a multi-diversity park where all cultures of our community could be celebrated. But she said that taking the flags down would cause more division than leaving them up. She also stated that her office has received no complaints about the park and that we need to do more to recognize our Native American’s. Commissioner Pritchett echoed her remarks.

Lober declared that he didn’t want his vote to be perceived as a sleight at Native American’s or Hispanics, and that it was a tough decision, but normally he votes along the lines of the Commissioner whose district the decision effects most.