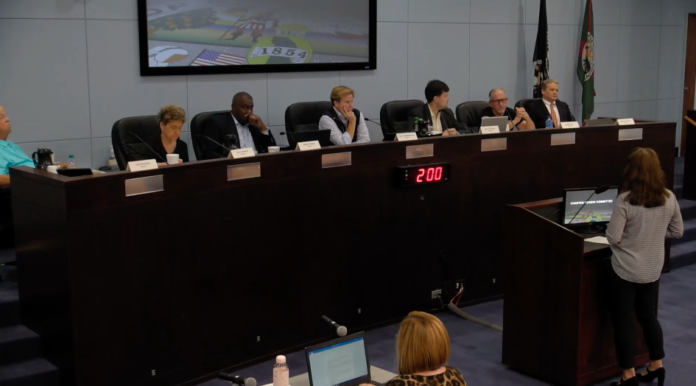 A local group being promoted by State Representative Randy Fine formed late last year in an effort to have a recall election of newly elected School Board Member Jennifer Jenkins over their disagreement with her position mask mandates for the school district. The problem however is that currently there is not a legal way to have a recall election for school board members in Florida.

Recall elections are very difficult and have many requirements to meet within a specified time. The largest obstacle to overcome is gathering enough signatures from registered voters to even initiate a recall election. According to Florida law, all of the required signatures must be collected within 30 days of obtaining the first signature. The group’s Facebook page shows that they were collecting petitions signatures at the Grant Seafood Festival on March 5th. If that is the first day they collected signatures, it would mean they have until April 5th to collect the initial 7,500 verified signatures of the total 25,000 required in order to have a recall election. During the actual election where Jenkins defeated Republican incumbent and Moms for Liberty co-founder Tina Descovich, only 27,000 votes total were cast. 55% of those votes went to Jenkins herself.

According to the Brevard County Supervisor of Elections however, none of the signatures they have collected would be validated or processed.

The group formed a political action committee in November 2021, chaired by Jason Searles of Satellite Beach, in order to raise money to support their efforts. According to their financial reports, they have raised $1,931 and spent $454.

Every 10 years, Brevard County has a County Charter Review Commission (CRC) to review the charter which governs the County. It is essentially the county’s constitution. Brevard County Public Defender Blaise Trettis is a member of the that CRC and drafted a proposal that would give the county the power to recall school board members since there is currently no way to do so through the state.

At the last meeting, it was requested by the CRC for their attorney to draft a legal opinion of this proposal. The memo in its entirety is published below.

The next CRC meeting will be tomorrow at 1pm. It is expected to be highly attended as this memo will be discussed. Below is the entire published agenda for the meeting.