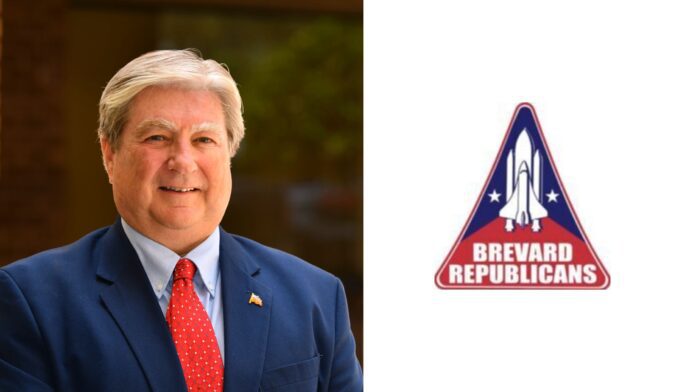 Last night at the Brevard Republican Executive Committee (BREC) organizational meeting, the Chair, Vice Chair, Secretary, and Treasurer were all re-elected without opposition. Each individual was nominated and there were no other nominations to oppose them. Vice Chair Cindy Roberts, Secretary Paul Oddo, and Treasurer Sharon Rose were all re-elected. All positions are voluntary and have a term of 2 years.

Chairman Rick Lacey mentioned many accomplishments over the last 2 years of his term pointing out record-breaking voter registrations, Republican turn-out, and record fundraising. BREC is now one of the largest Republican Executive Committee’s in the state with over 300 members.

The night did not go without some controversy. When it came down to elected positions for the 5 individual districts. For District 2, disgraced former County Commissioner Bryan Lober was elected to Vice Chair after being nominated by Public Defender Blaise Trettis. Lober had not attended a BREC meeting in nearly a year. It may be fitting that he was nominated by the Public Defender, as he’s currently pending criminal investigation by the Florida Department of Law Enforcement for alleged theft and mishandling of county funds. There were no other nominations for the position.

In District 1, which covers the North Brevard area, political newcomer Katie Delaney sought to run for the Vice Chair position. Delaney is a former Moms for Liberty member who was ousted from the organization for her often hostile behavior. In response to her removal from the group, she responded that she thinks the founder, Tina Descovich, is a RINO (Republican in Name Only).

Republicans in District 1 stated that they were concerned about Delaney’s erratic behavior and criminal history of being arrested for shoplifting at Dillards, bringing questions of her integrity. “She’s a Janice Crisp in the making,” a group of Republicans said after the meeting.

Delaney was not able to get anyone to nominate her for the position, and stormed off in frustration. Afterwards, she was seen arguing in the hallway with a group of women and started name calling. Katie did not respond for comment.

The other 3 Districts conducted their elections without issue and the leadership expressed their excitement about preparing for the upcoming 2023 and 2024 elections.