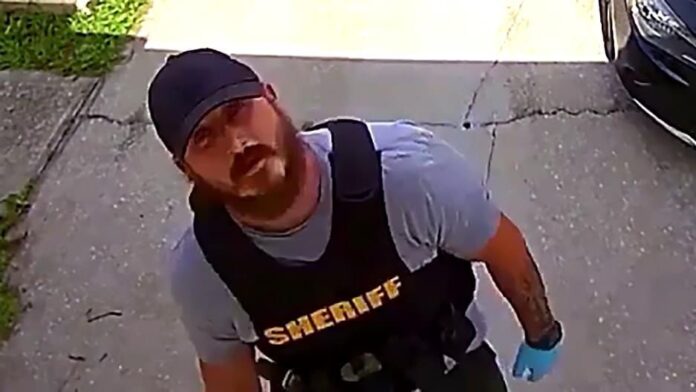 On July 9, 2020 a Palm Bay residents Ring security camera mounted over their garage captured what appeared to be 2 BCSO deputies in plain clothes.

One of the deputies is seen approaching the camera and jumps up attempting to move it apparently to prevent it from capturing him searching a vehicle in the driveway.

2 civilians are seen at the foot of the driveway being questioned by the other deputy outside of an unmarked grey SUV with blue flashing lights.

It is unknown what the stop was for or why this deputy was trying to conceal their actions by moving the residents property.

This comes as increased demand on the Sheriff’s office to release the video of Gregory Edwards assault in the BCSO jail which lead to his death.

UPDATE: The deputy has been identified as a BCSO Narcotics Agent. We are not publishing his name.