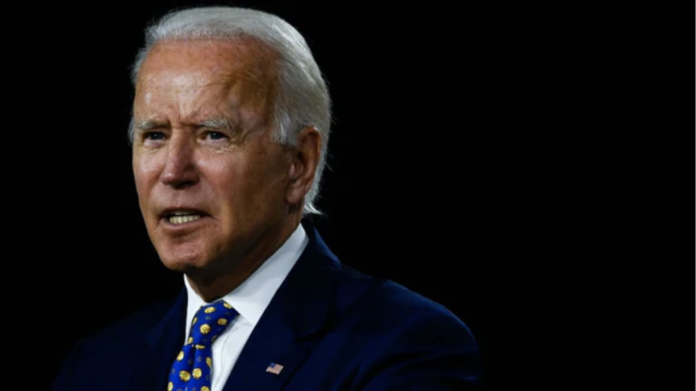 The website Politico posted a story that said Biden had chosen Sen. Kamala Harris, D-California, as his running mate. The post said that Biden had chosen Harris on Aug. 1, which would be four days after the story was published.

“Joe Biden chose Kamala Harris to become his running mate for the 2020 election on Aug. 1, two weeks before the Democratic National Convention, after keeping his choice close to the chest for months,” Politico wrote in the post.

“In his announcement, Biden called Harris ‘a worthy opponent and a worthy running mate,’ alluding to the pair’s rivalry during the earlier stages of the Democratic primary. She will bring her experience as a prosecutor, household name recognition, and skill as a debater to the ticket,” Politico’s post read.

Politico explained that the post was a “placeholder text” for Harris and was accidentally published. It has since been removed.

“Placeholder text was mistakenly published to the site,” Brad Dayspring, Politico’s vice president of marketing told Fox News. “Our standard practice is to use ‘lorem ipsum’ as placeholder text. In this instance, that did not happen. We regret the error and any confusion that it caused.”

At a press conference on Tuesday, Biden was photographed holding notes that had Harris’ name written across the top. The note had five talking points, presumably about Harris, that said “Do not hold grudges.” “Campaigned with me & Jill.” “Talented.” “Great help to campaign.” “Great respect for her.”

Some think that the “do not hold grudges” talking point may be referring to a moment in the first Democratic debate in June 2019 when Harris attacked Biden on his civil rights history.

On the debate stage in Miami 13 months ago, Harris criticized comments by the former vice president spotlighting his ability to find common ground during the 1970s with segregationist senators with whom he disagreed, and over his opposition decades ago to federally mandated school busing.

“Do you agree today that you were wrong to oppose busing in America?” Harris – who is Black – asked Biden during the debate.

“There was a little girl in California who was a part of the second class to integrate her public schools, and she was bused to school every day,” she said. “And that little girl was me.”

Harris ended up endorsing Biden and appeared on stage with him – along with another former rival, Sen. Cory Booker of New Jersey – at a rally in Michigan on the eve of that state’s March 10 primary, which the former vice president ended up winning decisively as he moved closer to locking up the Democratic nomination.

The Democratic National Convention starts Aug. 17, where Biden and his running mate will be accepting the nomination for president and vice president.

As he was departing the White House for a trip to Texas on Wednesday, the president was asked about Sen. Kamala Harris. Trump answered that the senator from California would “be a fine choice” as Biden’s vice presidential nominee.