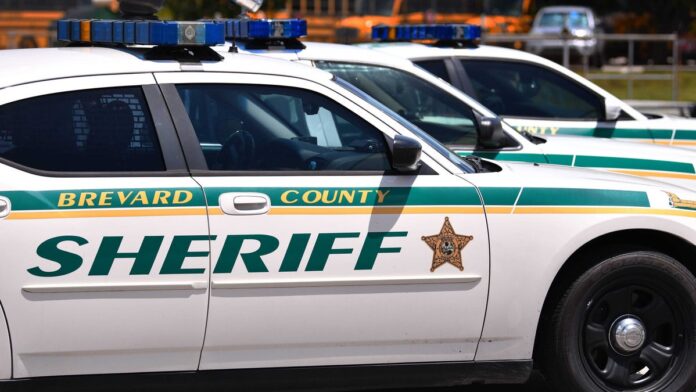 New details have come out on the case of a now fired Brevard County Sheriff Deputy who had been arrested on of armed robbery, extortion and false imprisonment in Orange County.

The report states a woman known by both men set a time to meet at an Airbnb for a sexual encounter. Soon after the victim arrived and was met by the woman, Robillard snuck into the room with two guns.

He demanded that the victim sign a contract, promising to pay him $30,000 he lost in an investment. Even had a notary onsite to stamp the contract.

If he didn’t sign, deputies say, Robillard threatened to film a compromising video of the victim and spread it ‘across the world’ on social media.

Details from the 54 page investigative report are as follows:

On November 19th, 2021, the victim, Jean Accime, arranged to meet Jerise Richer at an Air BnB located at 7907 Skyview Drive, Orlando, FL to have sexual intercourse. Upon arrival, Jean took off all of his clothing in preparation for the relations he was going to have with Jerise and got in the shower. As Jean exited the shower he was surprised by Amony Robillard who had surreptitiously entered the Air BnB and, pointed two firearms at Jean. Amony began demanding that Jean sit on the bed and started shouting at him.

Amony disclosed to Jean that he and Jerise had been working in conjunction with one another to set Jean up. Amony made multiple threats to Jean while pointing these firearms at him, all the while demanding money from him. Amony took video of the entire incident on his cell phone and told Jean that he would disclose the contents of the video if Amony refused to pay him $30,000.00. Amony went as far as to have him sign a written contract agreeing to pay Amony $30,000.00. Amony arranged for a notary,
identified as Melchy Louis, to come to the Air BnB while Jean was being held against his will and notarize this signed contract. Jerise Richer was present during this entire interaction, and provided various types of assistance to Amony in the process. Amony
forced Jean to call his wife, Guerline Demosthene, and had her come to the Air B&B at 7907 Skyview Drive to also sign the contract. Guerline refused to sign the contract, which is when Amony told Jean he could get dressed and leave the Air BnB.

Jean Accime and Amony Robillard were Facebook friends and occasional investment partners prior to this incident. Amony Robillard is a Deputy Sheriff with the Brevard County Sheriff’s Office. Consequently, Jean Accime was afraid to report the incident to
law enforcement given that a law enforcement officer was the individual who committed the offense against him. Jean decided to reach out to an attorney instead, Edrice Fleurimond, who eventually convinced Jean to make the report to the Orange County Sheriff’s Office. Jean made his report and provided his initial sworn statement to the Orange County Sheriff s Office on November 24, 2021.

The entire report can be viewed here.


Brevard County Sheriff Wayne Ivey issued a statement the same day saying that one of his own was arrested:

“I am disgusted by the alleged actions of this individual that have resulted in his arrest, and as such, I have directed my staff to facilitate his termination from our agency!!” Ivey said.

“An incident of this nature is absolutely unacceptable to me,” Ivey added.

The former deputy’s case is now with the State Attorney’s office.