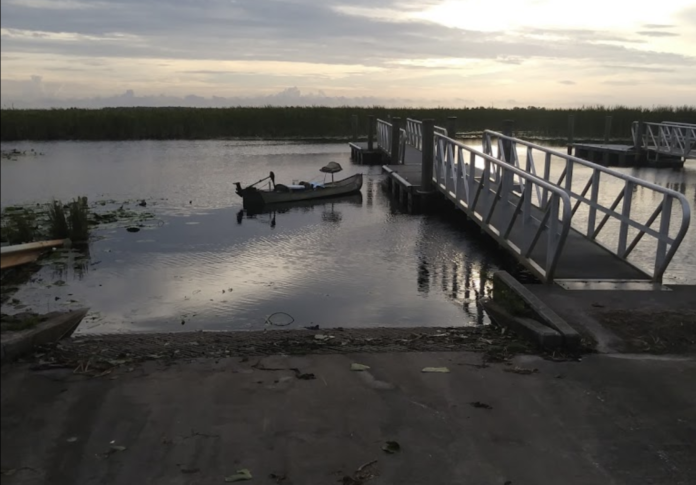 Update: Authorities later identified the person as Robert Satterlee, 67, who was reported missing on June 15 from Palm Bay. No foul play is suspected at this time.

Amanda Knittweis Prendergast was taking her boat out at 3 Forks Marsh, Thomas O. Lawton Recreation Area, when she says that upon leaving the dock, her boat motor struck something metal-like in the water really hard, causing the engine to stop.

Initially she believed it was a submerged boat after poking around in the water with a stick. She called the Sheriff’s office to come out and identify the boat in order to find the owner for damages.

That’s when they found it that it was actually a sunken car with a body inside of it.

Authorities say the body inside the vehicle was identified as a missing person from the city of Palm Bay.

The person was reported missing on June 15.

The name of the person who was found dead has not been released.

This is the second missing person who’s body was found in a submerged vehicle in Palm Bay in the last month.