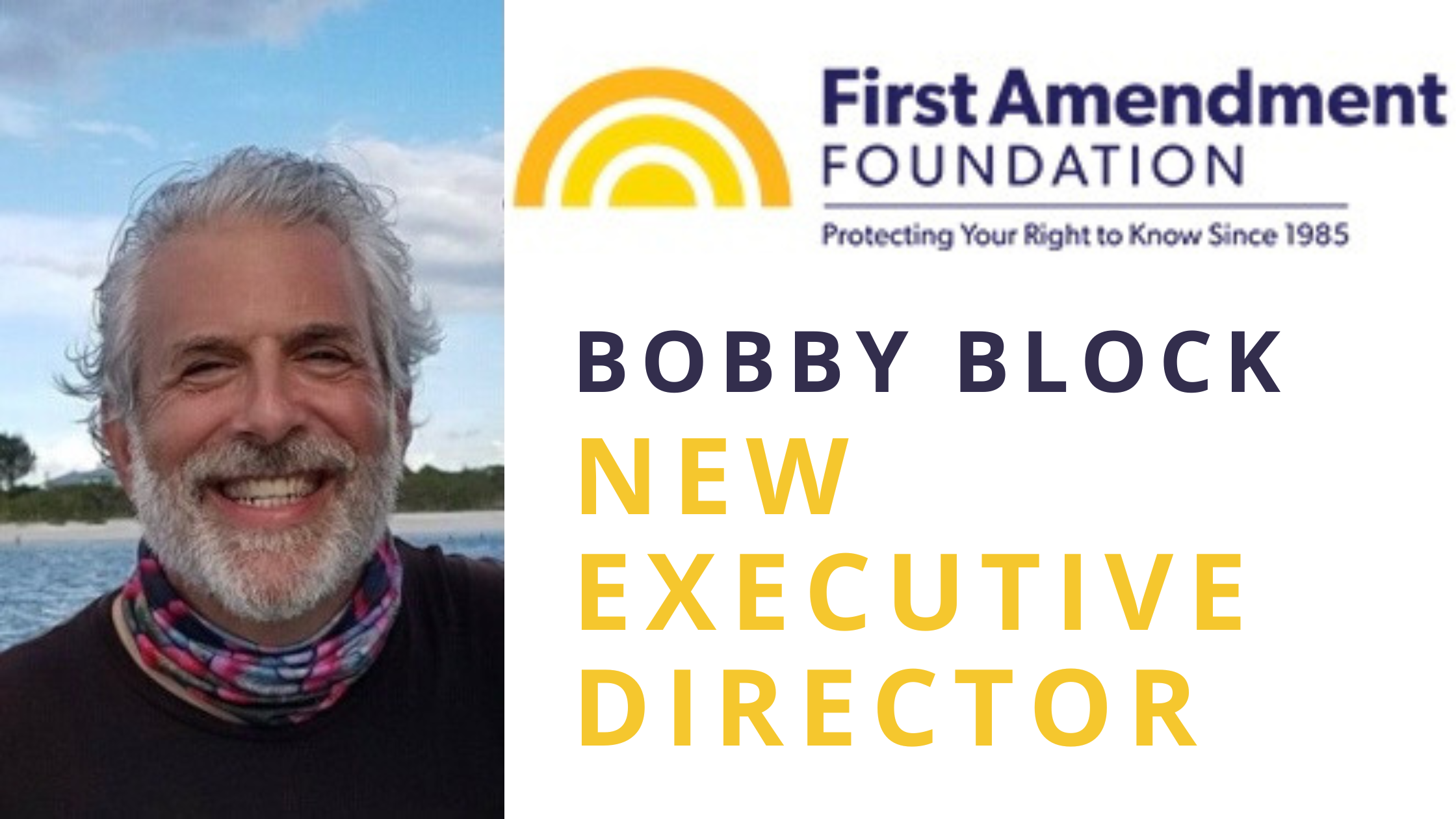 Tallahassee — Robert “Bobby” Block, managing editor of Florida Today, will become the Florida First Amendment Foundation’s executive director. He succeeds former U.S. Attorney Pamela Marsh, who accepted a position at the Levin College of Law at the University of Florida in June.

Block’s career in journalism and advocacy spans four decades. He contributed to the Wall Street Journal’s coverage of 9/11, which earned a 2002 Pulitzer Prize for Breaking News. He is co-author of the book “Disaster: Hurricane Katrina and the Failure of Homeland Security” and has also reported on conflicts around the world, including coverage of the 1994 genocide in Rwanda as it happened, as well as the summary executions of more than 8,000 men and boys from the Bosnian village of Srebrenica by Serbian forces in 1995.

His appointment as FAF executive director, starting February 1st, comes when direct attacks on the First Amendment rights of Florida’s citizens are increasing with callous disregard for the law. Both state and local governments are restricting citizens’ access to public meetings and records. The right to question state and local officials and hold them accountable has become fraught with problems. Government bodies that are legally required by Florida’s Constitution to act with transparency and in the sunshine are moving more and more into the shade.

“Never has the work of the Foundation been more essential than it is now at a time when reporters and citizens across Florida are being stonewalled and denied their right to access government information. Public records and Sunshine laws are being routinely disregarded across Florida with seemingly no fear of reprisals. This cannot be allowed to stand for the sake of our democracy,” Block said.