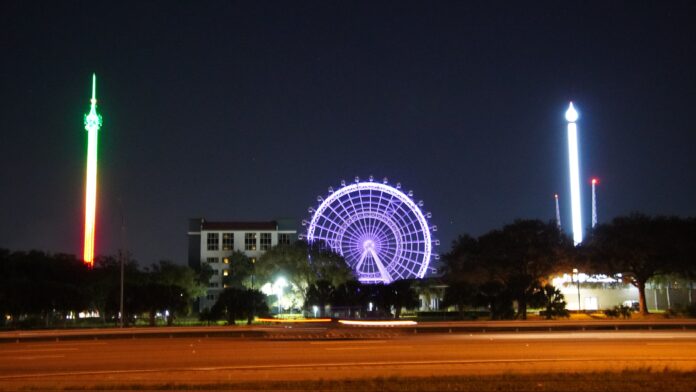 A 14-year-old boy fell to his death from a ride at an amusement park in Orlando, sheriff’s officials said.

Sheriff’s officials and emergency crews responded to a call late Thursday at Icon Park, which is located in the city’s tourist district along International Drive. The boy fell from the Orlando Free Fall ride, which opened late last year.

He was taken to a hospital, where he died, sheriff’s officials said. No additional details about the teen or the incident were immediately released.

The ride stands 430-feet (131-meters) tall, and is billed as the world’s tallest free-standing drop tower, according to the park’s website.

The ride holds 30 passengers as it rises in the air, rotates around the tower and then tilts to face the ground before free falling at more than 75 mph (120 kph), the website said.