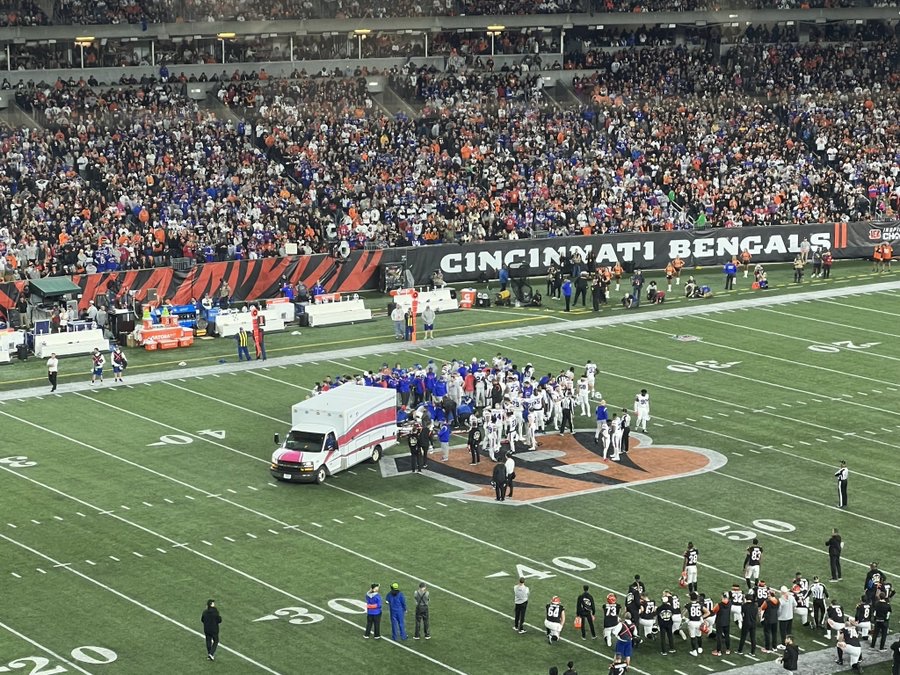 After making a tackle in the first quarter of the Bengals vs Bills Monday Night Football game, Bill Safety Damar Hamlin stood up then suddenly collapsed on the field.

An ambulance came into the field and as EMTs were putting him on the stretcher, they immediately began CPR for an estimated 9 minutes.

Hamlin was transferred by ambulance to a local hospital where he is in critical condition according to the latest reports.

According the cardiac experts that witnessed the incident, they believe that Hamlin suffered from what is known as the phenomenon Commotio Cordis.

Commotio cordis (Latin, “agitation of the heart”) is an often lethal disruption of heart rhythm that occurs as a result of a blow to the area directly over the heart (the precordial region) at a critical time during the cycle of a heart beat, producing what is termed an R-on-T phenomenon that leads to the condition. It is a form of ventricular fibrillation (V-Fib). The survival rate is 58%, increased survival is likely caused by the prompt CPR, access to defibrillation and awareness.

Fortunately for Hamlin, medical personnel were readily available to assess and provide whatever interventions were available to give him the best chance of survival.

The game was temporarily suspended, then eventually postponed to be played at a future time yet to be determined.