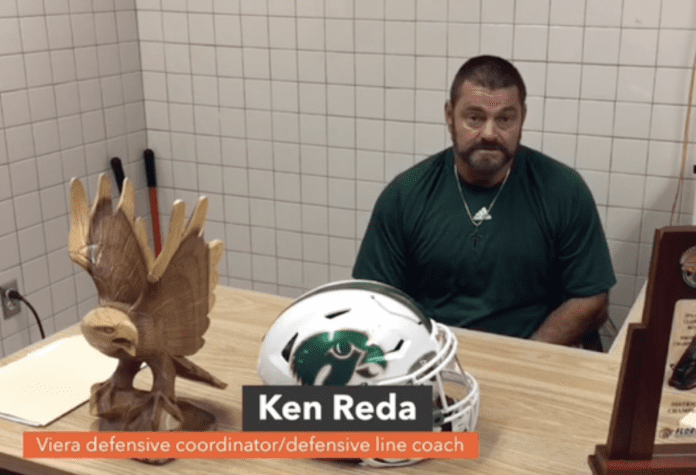 Reda is a physical education teacher at Viera High School. He is also the defensive line coach for the high school football team. The school district said it will conduct an internal investigation into Reda’s alleged role in the events on Jan. 6.

Reda appeared before a federal judge Tuesday and was released on bond.

According to the criminal complaint from the FBI, investigators received a tip on Jan. 18 with a screenshot of messages on Parler, the far-right social networking site. The tipster claimed one of the commenters, under the screen name “mrjoebidenhead,” was Reda admitting to being inside the Capitol on Jan. 6. Records obtained from Parler, LLC later confirmed that the account belongs to Reda, according to the criminal complaint.

Investigators said other posts from Reda on Parler showed his intent to be in Washington, D.C. on Jan. 6.

“We have got to get to DC on January 6th it is IMPERATIVE every single person that VOTED for Trump has to flood DC….” read one post, according to the complaint.

The FBI said it obtained records from Google showing that a mobile device linked to a Gmail account associated with Reda was inside the Capitol building on Jan. 6. for about 59 minutes, from 2:36 p.m. to 3:35 p.m.

According to the criminal complaint, agents observed Reda in multiple surveillance videos from inside the Capitol building. Below are several photos of Reda inside the building with a red box highlighting his location according to court documents.