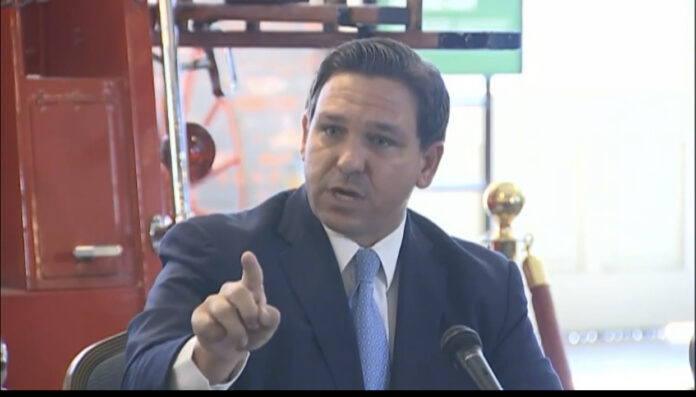 Florida Gov. Ron DeSantis commented for the first time Friday on the search warrant that was executed earlier this week at the home of a fired state data scientist Rebekah Jones.

“Just because you’re a darling of some corners of the fever swamps, that does not exempt you from following the law,” DeSantis said.

Florida Department of Law Enforcement served the search warrant Monday, saying a computer at Jones’ home was used to hack the Department of Health.

Jones was fired for repeatedly violating department policy by speaking to the media without permission. She says she was asked to manipulate data and has since created her own.

DeSantis on Friday once again called the claims made by Jones a conspiracy theory and said “obviously, she’s got issues.”

After taking some questions unrelated to the Jones case, DeSantis was asked if he “knew the raid was going to happen.”

“I knew there was an investigation. I didn’t know what they were gonna.. and it’s not a raid. I mean, with all due respect, what you just said is editorializing,” DeSantis said to the reporter who asked the question. “These people did their jobs. They’ve been smeared as the Gestapo for doing their jobs. They did a search warrant. Why did they do a search warrant on the house? Because her IP address was linked to the felony. What were they supposed to do, just ignore it?”