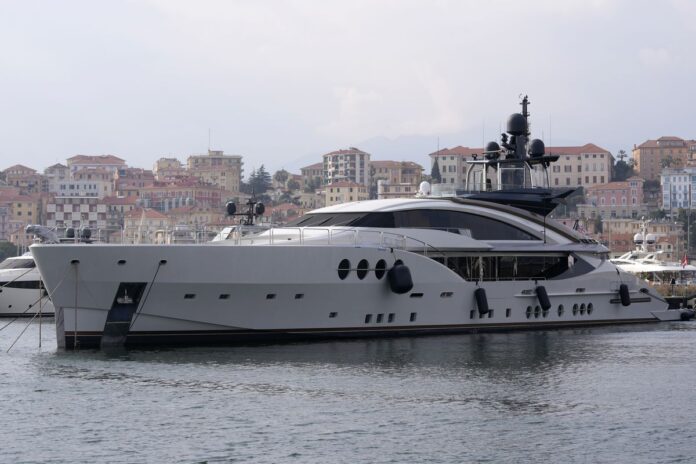 You could score a $5 million payday fighting Russian corruption—if you play your cards right.

The U.S. is offering rewards of up to $5 million for help hunting down ill-gotten wealth linked to the Russian government, in a program that officially launched on Wednesday.

The bounties are a fresh escalation in the spiraling financial warfare Western countries are waging on Russia, after blasting the Russian economy with unprecedented sanctions, and declaring open season on ultra-wealthy Russians’ yachts, private jets, and penthouses in the wake of Russia’s invasion of Ukraine. European countries have impounded several multimillion-dollar yachts, while investigators rev up a multinational treasure hunt for the illicit assets of Russia’s uber-rich elite.

The framework for the new U.S. rewards program was first set in motion before Russia invaded Ukraine, however. It was greenlit by Congress over a year ago, and applies to assets linked to corruption in other countries, too. For example, rewards may also be handed out for information relating to the multibillion-dollar scandal involving the Sovereign Wealth Fund of Malaysia, known as 1MDB, according to the U.S. Treasury Department.

Still, the program is being officially launched, and specifically targeted at Russia, at an extremely tense moment in Washington’s relations with Moscow, when Western governments are focused intensely on tracking down and freezing the assets of Russian President Vladimir Putin’s inner circle. The capture of Russian billionaires’ yachts and private jets has become a kind of Western spectator sport fueled by anti-fat cat schadenfreude. And the rewards suggest that now, private citizens with the right kind of intel and access potentially have a way to profit by getting in on the action.

The plan is technically known as the Kleptocracy Asset Recovery Rewards Program, and was officially approved as part of a defense spending bill by Congress in the final days of the Trump administration.

Trump vetoed the broader defense bill, which included the rewards program, over a dispute about renaming U.S. military bases named after Confederate leaders. Trump slammed the bill as a “gift” to Russia and China, without explaining what he meant.

Congress overruled Trump’s veto, however. So the “gift” may now go to whoever knows for sure where ill-gotten Russian treasures are hidden.

Naturally, there’s a lot of fine print to get through before you can roll up and collect your $5 million.

To qualify for a reward, the information must lead to the restraint, seizure, or forfeiture of assets “linked to corruption involving the government of the Russian Federation,” the Treasury Department says.

That description might fit a lot of property. Russia ranked as the most corrupt country in Europe in Transparency International’s 2021 rankings. Under Putin, the Russian government has increasingly exercised influence over businesses of all kinds, while wealthy Russians have salted away billions overseas.

Such assets might include physical property like yachts, jets, and apartments, as well as financial holdings in bank accounts or investments managed by hedge funds, said Ross Delston, an independent attorney and expert on anti-money laundering compliance.

“The language here is very broad,” Delston said. “It could include a wide range of assets.”

Qualifying property must be located in the U.S., held in a U.S. financial institution, or somehow have fallen into the possession of a U.S. person.

The exact procedure for determining the rewards, however, remains somewhat unclear, at least for the moment. The Treasury Department’s website says that a committee will consider “reward eligibility on a case-by-case basis,” and recommend an amount to be approved by the Treasury secretary, which is now Janet Yellen.

Technically, the Treasury secretary can award more than $5 million if they feel the situation warrants it. American government employees are disqualified from seeking rewards, and if you helped steal the loot yourself, you might not get a prize, either, Treasury said.

The lack of specificity about how the determinations are made may dampen public enthusiasm to turn in dirty assets, Delston said.

“Making the determination on a ‘case-by-case basis’ is language that the government uses whenever they don’t want to be nailed down,” Delston said. “It allows total discretion, basically.”

That vagueness could hamper the effectiveness of the award program, Delston said, in part because snitching on a Russian oligarch could be risky business.

“That’s a serious problem,” Delston said. “In order to motivate people to engage in an act that could subject themselves to civil liability, or even criminal liability if they later visit the wrong country, there need to be real incentives, and the incentives should be provided in a transparent and immediate way. They can’t be awarded after years of study, and after the case has been brought.”