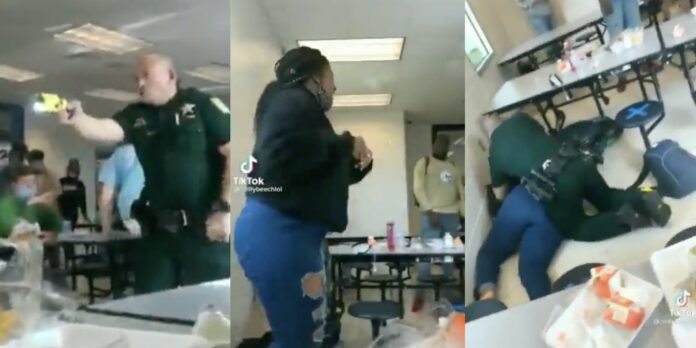 LAKE COUNTY, Fla. — The Lake County school resource officer (SRO) who tased a student on campus is not facing any discipline. The student however, has been arrested.

According to a report from the Lake County Sheriff’s Office, the incident started as a fight between two students. The deputy said he approached the student and then she attacked him, punching him several times in the face and kneeing him in the side.

The student was very angry and trying to attack a boy. When the deputy stepped in to help, they said she refused to calm down and started taking swings at the deputy.

On Thursday, the Lake County Sheriff’s Office released additional videos showing the student taking swings. After they fell to the ground, she continued to strike the deputy.

After they got back up, and the girl wouldn’t comply with the officer’s commands, he used the Taser.

The sheriff’s office said the officer did everything by the book, and he tried to take her to the ground without hurting her.