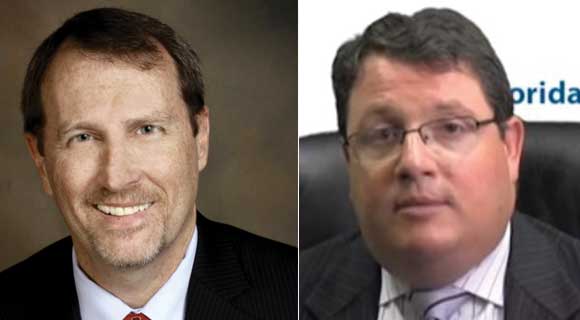 State Attorney Phil Archer (Republican) will be serving another 4 years on his post, as no candidates challenged him for the 2020 election. He is completing his second term four-year term in the 18th Judicial Circuit, which includes Brevard and Seminole counties, and also ran unopposed in 2016.

Archer said: “I’m honored to have the opportunity to continue my long-standing service to the citizens of Brevard and Seminole counites.”

He also said that he remains “committed to working closely with our law enforcement partners to reduce crime and improve the safety of our communities. As advocates for the rights of victims, my office will continue to aggressively seek justice on their behalf and hold criminal offenders responsible for their actions.”

State Representative Randy Fine (Republican-Palm Bay) however, has been at odds with Archer over his tenure. Fine, who is known for his bullying tactics and often brags about them on his Facebook page, has tried to use Archer’s office to go after political advisories in the past. Fine is not shy about expressing his dislike for Archer online when Archer refuses to allow his office to be used for political attacks. Fine then escalates his complaints all the way to the governor’s office just to get the same result of no interest.

Fine went as far to recently to publicly call Archer “worthless” and implying that he is corrupt.

This Facebook post stemmed from a false complaint that Fine filed with the Federal Department of Law Enforcement (FDLE) claiming that he was receiving “death threats” from local political consultant and activist Robert Burns. An investigation showed that to not be true. Fine has used both his connections with the Sheriff’s office and the FDLE to go after Burns who is well known for vocally criticizing Fine’s proposed bills and positions.

Fine went as far to hold a live TV press conference with Brevard County Commissioner Lober, Sheriff Wayne Ivey, and others to talk about one of his investigations after it resulted in no charges being filed against Burns. At the time, Burns had been speaking out at the County Commission opposing the Sheriff’s request to raise taxes to fund what he called ‘critical needs’ for his budget. Brevard County Clerk of Courts Scott Ellis called the entire event insane and embarrassing for the elected officials to behave in such a way. This was the day before hurricane Dorian was to hit Florida.

Fine has also tried to use the State Attorney’s office to go after County Commissioner Curt Smith. When he wasn’t satisfied with the response, he then solicited the Governor’s office to intervene.

Fine sent a letter to State Attorney Phil Archer on requesting an investigation and potential prosecution of County Commissioner Curt Smith for using his official position to campaign for elected office.

State Attorney Archer issued his response to a letter from Rep. Fine requesting an investigation of sitting Brevard County Commissioner Curt Smith for criminally misusing his office to campaign.

State Attorney Archer denounced Fine’s allegations of “meddling” in local elections and any inference that he could not objectively conduct an investigation into this matter because of an endorsement.

Here is the letter in it’s entirety.

I received your letter of July 30, 2018, requesting my office conduct an investigation of Brevard County Commissioner Curt Smith for violating Florida Statute Sect. 104.31 (2) for engaging in political campaigning for elective office while on duty. You are correct that an “employee” of the state, county or any political subdivision is prohibited from such activities while on duty. However, Commissioner Smith is not an employee. He is an elected “officer” and as such the provisions of subsection (2) do not apply to him.

Apparently, you did not fully read Section 104.31 in its entirety. If you had, you would see that subsection (1) specifically includes both “officer” and “employee” under the definition of persons that are prohibited from the political activities described in subsection (1). Those activities include using your official authority or influence to interfere with an election or coercing or influencing another person’s vote or coercion to donate to a party or candidate. Obviously, no one should be allowed to do those activities at any time whether they are an officer or an employee and whether they are on duty or off duty. It expressly allows an officer or employee to express their opinions on all political subjects and candidates. It is the coercion and improper use of authority to force someone to act that is the object of this prohibition.

Subsection (2), however, specifically leaves out “officer” under the definition of persons that are not allowed to conduct political activity while on duty and only includes an “employee’ This makes perfect sense as an elected official is always on duty 24/7 from the moment they take office. There is no off duty when you are elected to hold office. An elected officer is not considered an employee. It does not matter how you are paid as you suggest in your letter. For example, while you and I receive a salary from the State of Florida, we are not an “employee” of the state for purposes of this statute. If the provision in (2) applied to elected officials you would never be able to participate in any campaign activities since you are never off duty. Obviously, the legislature made a deliberate decision to omit an “officer” from this section for good reason.

I am also in receipt of a copy of a letter you wrote to Governor Scott requesting a special prosecutor be appointed to investigate this matter because you had discovered that I had endorsed Commissioner Smith in his re-election bid. First of all, I do not agree and highly object to your characterization that I or Sheriff Ivey are “meddling” in local elections by endorsing or supporting local candidates for elected office. Your use of that term is surely deliberate and used to cast a negative spin on our participation in the political process. I find it most curious that you criticize us for endorsing candidates when in fact you actively sought and used an endorsement from Sheriff Ivey in your own “local” election. Apparently, “meddling” only matters when the endorsement is not of value to you.

In fact, using your official authority to publish an unfounded complaint of a criminal act against a candidate during his election for violation of a statute that clearly does not apply could more accurately be construed as meddling and a possible violation of subsection (1) as previously discussed. While I am sure your filing of the complaint and publication through a press release was done in good faith amid confusion as to whether the statute applies so further action is not warranted, all elected officers and employees should be very cautious before alleging criminal acts during the campaign process.

Secondly, the mere fact that I endorse someone is not a sufficient reason in and of itself to prevent my office from investigating any criminal matter. There is simply no other connection between us that would raise any concern over the ability of my office to objectively investigate this matter. I have endorsed Commissioner Smith because I have observed his service on the board and believe he has done an outstanding job and deserves to continue that service for another term.

I have lived in Brevard County since 1960 and have proudly served this community as a public servant for 34 years as an Assistant State Attorney and since 2013 as the duly elected State Attorney. I have built my reputation on fairness and integrity and do not appreciate any implication that I serve otherwise. When I have an opportunity to share my opinion as to a particular candidate that I believe will be good for the county I love then I can assure you I will continue to do so. I understand completely and accept the fact that doing so may cause any decision I make to be closely scrutinized and potentially criticized. That comes with the job. I will leave it up to the citizens of this community to decide if I have made the right decision.

Fine is currently running for reelection and for the first time is facing a Republican Primary opponent Marcie Adkins. Up until Adkins decided to run, vocal conservatives like Bill Mick were advocating for republicans to vote for the democrat Phil Moore running against Randy instead of voting for Fine. It appears now that republicans have a legitimate choice which is sure to all but guarantee more Facebook antics and mudslinging from Fine.

The question remains if the Sheriff will continue to allow his department to be used by Fine to go after adversaries. Ivey has already endorsed Fine in his bid for reelection and serves on his fundraising host committee.