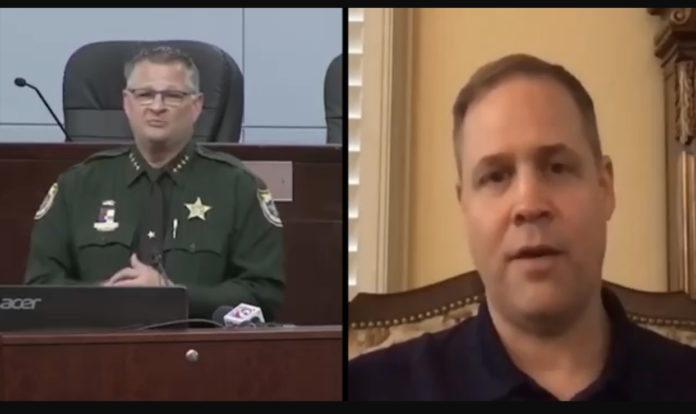 Just a few weeks ago, the Sheriff told the County Commission he would lead the way in messaging to let tourists know Brevard was closed for business. State Representative Randy Fine said on several occasions that if you saw a New York license plate to call the police.

Well now “the police” are encouraging tourists to come here to watch the rocket launch this month.

The Commission had just recently made it illegal and a criminal offense for hotels to allow tourists to stay in their rooms.

NASA officials (and everyone else) to include the Governor, are discouraging tourists from coming to Florida. Every elected official locally at some point has said they don’t even want people from south Florida coming here to our beaches.

Sheriff Ivey was bold and deliberate in his contradiction of everyone else stating that “if NASA wants people to stay home then that’s on them. I’m telling people what I believe as an American….We are absolutely open for launch business.”

“We are asking people to watch from home,” either online or on television, NASA Administrator Jim Bridenstine said, as a way to guard against the spread of the coronavirus.

“It would be damaging if we had some setbacks,” Bridenstine said. “We don’t want an outbreak. We need a spectacular moment that all of America can see and all of the world can see to inspire, not just those of us who’ve been waiting years for this, but to inspire the generations that are coming. We need to do it in a way that’s responsible.”

Ivey said “And so NASA has got their guidelines, and I got mine.”