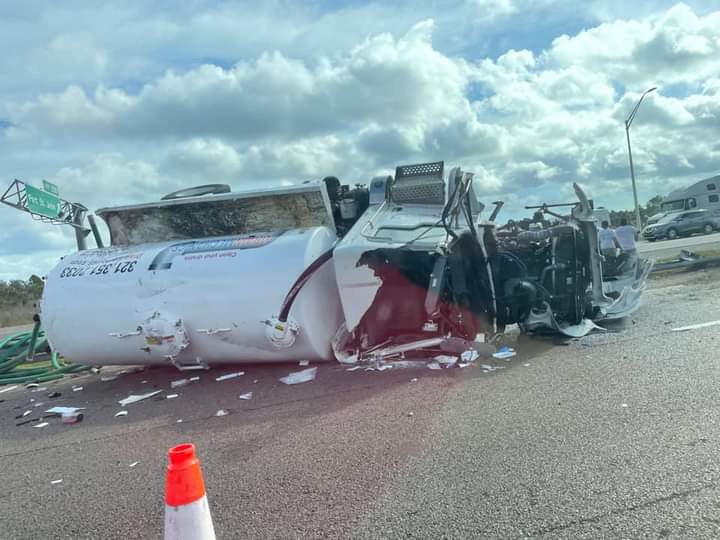 A septic truck has crashed and overturned after hitting the guardrail on I-95 South at the Port St. John exit.

Troopers said the wreck occurred around 10:06 a.m. at mile marker 208 when a sedan driven by a Titusville woman, 59, traveling north on I-95 in the outside lane made an improper lane change into the center lane with the septic truck.

A 21-year-old Palm Bay man driving the septic truck and his passenger were ejected from the vehicle. They were transported to a local hospital with serious injuries according to Florida Highway Patrol.