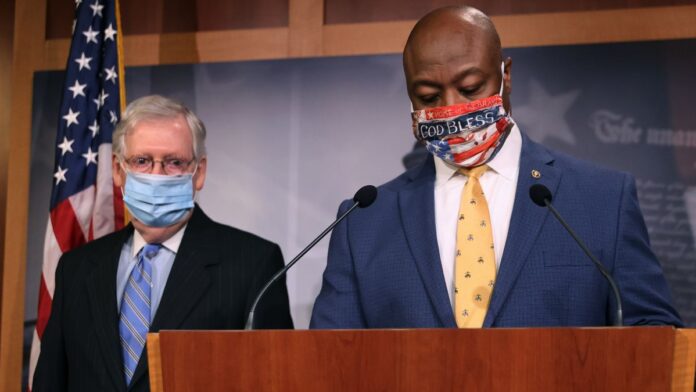 WASHINGTON – Tomorrow, U.S. Senator Tim Scott (R-SC) will introduce a bill to establish the 2020 Bipartisan Advisory Committee charged with examining the integrity of the November election and making recommendations to State legislatures to improve the security, integrity, and administration of federal elections. Senator Scott released the following statement:

“The beauty of the American experiment is the ability to freely question our processes and build upon lessons learned. We cannot move forward without looking back and scrutinizing the issues that led to millions of Americans losing trust in our election system. While every election has a modicum of fraud, the circumstances around the pandemic led multiple states to make rushed and perhaps ill-planned changes to their election systems weeks ahead of the presidential election. Simply put, Congress needs to act in a bipartisan fashion to examine the missteps—intentional or not—made this year in state legislatures across the country.

“My bill will establish an Election Integrity Commission that would study the merits and administration of the November 2020 election and make recommendations to State legislatures to improve the security, integrity, and administration of federal elections. It is absolutely critical that every American has faith in our electoral system and that their vote is counted. As President Reagan said, ‘Freedom is never more than a generation away from extinction,’ and now more than ever before is it our duty to regain the trust of the American voter.”