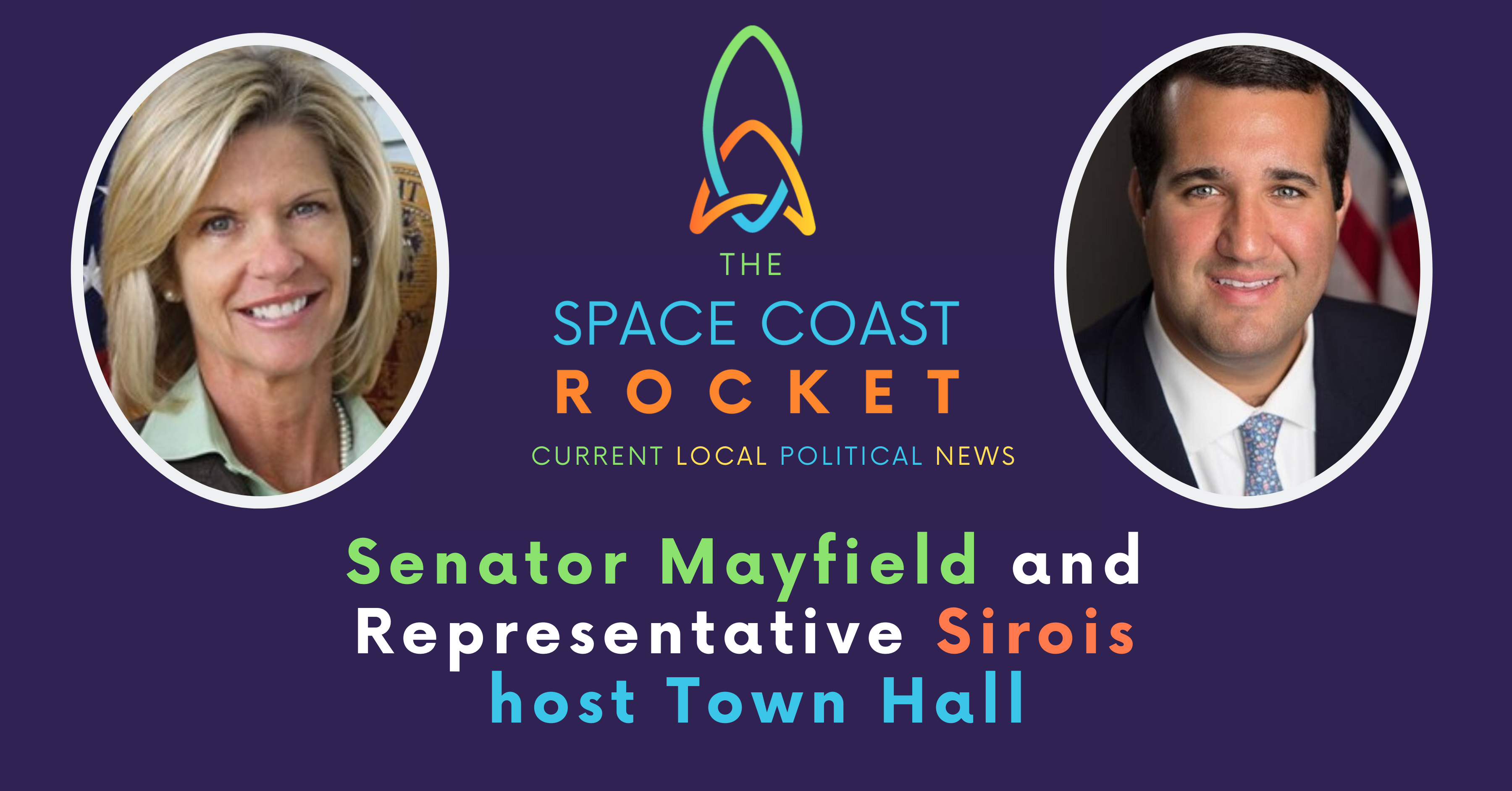 At this Town Hall Meeting Senator Mayfield and Representative Sirois will discuss their legislation, Senate Bill 676 and House Bill 465, and hear input from members of the public about the high-speed passenger rail planned to pass through Brevard and Indian River Counties.

The legislation incorporates recommendations identified in a study commissioned by the Office of Program Policy Analysis and Government Accountability (OPPAGA), published on October 31, 2018. The study identified several key safety deficiencies within the Florida rail system.

“Florida has a fatality rate that is 3.5 times the national average,” said Mayfield. “This is unacceptable and must be addressed if we are going to continue to encourage additional high-speed passenger trains.”

“Public safety is a core function of government. The tracks run close to schools, neighborhoods, businesses, and historic downtowns. While I support high speed rail, my constituents want it to be safe for commuters and pedestrians who travel along the U.S. 1 corridor on a daily basis. I am proud to join with Senator Mayfield on this important legislation,” said Sirois.

This comes as Virgin Trains has begun construction through Brevard County. The company is building a 170-mile rail expansion between the Orlando airport and its West Palm Beach-Fort Lauderdale-Miami network, with hopes to start passenger service in late 2022. Plans also call for expansion to Boca Raton, Aventura and PortMiami, plus potential future stations in Cocoa and Stuart.

“We’re under construction on what is the first privately held passenger rail system in the United States in over 100 years. It’s a $4 billion investment total. And it’s really the reinvention of train travel in America, where we’re connecting two cities that are too short to fly and too long to drive.”

But just yesterday, grandmother and her two grandsons were killed when their SUV was hit by an Amtrak train over the weekend near the entrance to the J.W. Corbett Wildlife Management Area in northern Palm Beach County.

“As the driver neared a railroad crossing, she slowed [her car] as she began crossing the tracks,” an incident report said. “The driver failed to yield for a train that was traveling west. During the crash, the front of the train impacted into the left side of [the car].”

That the railroad crossing has signs, but no gates.

The event is Wednesday, December 4, 2019 at 5 PM – 6 PM at the City of Melbourne Council Chambers. This event open to the public and free to attend.