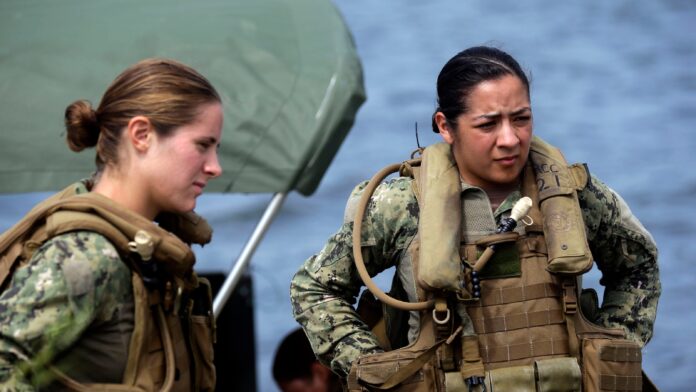 The Senate Armed Services Committee has approved language in its annual defense policy bill that would require women to register for the draft.

The National Defense Authorization Act (NDAA) approved by the committee behind closed doors Wednesday “amends the Military Selective Service Act to require the registration of women for Selective Service,” according to a summary released Thursday.

The United States has not instituted a draft since the Vietnam War, and Pentagon officials have repeatedly said they intend to keep the force all-volunteer.

But men ages 18 through 25 still have to register with what’s officially known as the Selective Service System or  face consequences such as losing access to federal financial aid for college.

Congress has been debating whether to expand the registration requirement to women since all combat jobs were opened to female service members in 2016.

That year, both the House and Senate Armed Services committees included a requirement for women to register in their initial versions of the NDAA.

But the House’s version of the bill dropped the language before the bill came to the floor. After conservatives pushed to exclude the language during negotiations between the House and Senate, the version of the NDAA that ultimately became law instead created a commission to review the draft registration requirements.

Last year, that commission recommended draft registration be expanded to include women, calling it a “necessary and fair step.”

Read the rest of the article here.