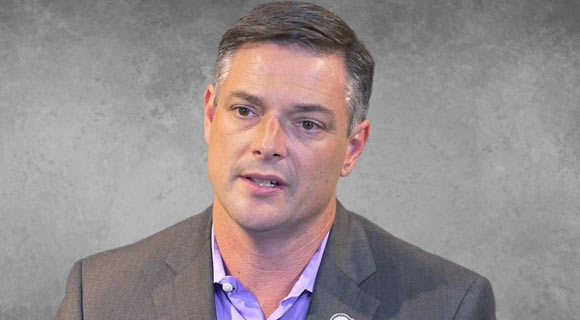 Brevard County School Board District 4 Member Matt Susin is in his final term as a school board member. His term will be up in 2024. Following this November’s election, he will begin his campaign for State Representative to replace Thad Altman in House District 32. That seat will be an open seat as Altman will be termed out. For now Susin will face at least one Republican challenger by way of Melbourne City Councilman Tim Thomas who will also be running for the seat.

In a closed door meeting with supporters, Susin told them that once Gene Trent is elected (who is currently running for District 2 against Erin Dunne) that he will finally become the Chairman of the School Board. The Chair and Vice Char are elected by the members of the School Board each year. Once someone is nominated (they can nominate themselves) a simple majority vote of 3 out of 5 is needed to be selected. Matt expects Trent to nominate him if elected.

Matt is going into his 7th year on the Board and has been passed over every year as Chair. Most notably 2 years ago when he brought his entire family assuming he would get it after serving as Vice Chair, only for his peers to nominate Misty Belford again. Susin was visibly frustrated and began texting on his phone from the dais. Traditionally, after serving as Vice Chair, that member is normally nominated for Chair the next year. Susin served as Vice Chair two years in a row only to never even be nominated for the Chair position. Last November, when he was not nominated, he could be seen on video shaking his head and leaning back in his chair. He then proceeded to actually vote against the nomination which was approved by a vote of 4-1.

Staff and other Board Members complain that Susin is frequently absent from his assigned committee meetings, and when he does show up to BPS events, he leaves early. His understanding of procedural rules has also been questioned as he’s made numerous motions for items that do not require a motion to be made during board meetings.

The Chair is responsible for running the meetings and signing documents required by the School Board. It is clearly something Matt Susin strongly desires to have on his resume’ immediately preceding his run for State office. Which begs the question how committed he will be to the increased responsibilities and time constraints as Chair should he get it, while at the same time running for election to a new position.

Matt Susin is currently the only male on the School Board. Should Gene Trent win his election, then there will be a total of 2 men to 3 women. None of the current women on the Board have served in the Chair position either. It’s not clear how well his statement of saying it’s time for a man to be in charge will go over with his peers or his constituents, but we will find out for sure the first meeting after election day.