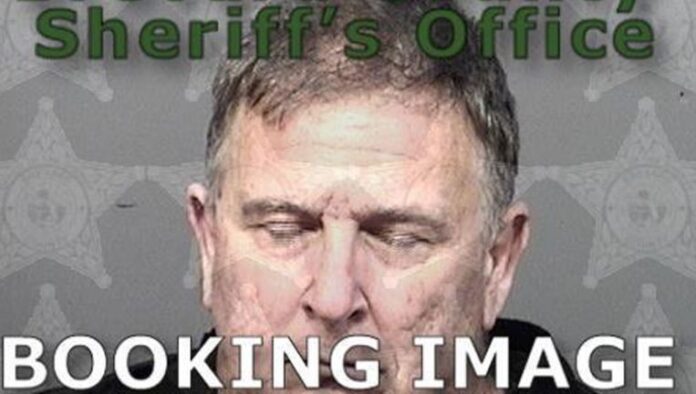 Officers with the Melbourne Police Department responded to a call about a possible battery at Sabal Elementary School on Friday, January 29.

According to an arrest affidavit, a father picked up his son from school due to his child getting into an altercation with a school employee. The child had several marks across his face and neck that were red in color and swollen, officers observed.

The affidavit states that the boy was sitting in the school cafeteria during lunch, and when he attempted to leave, a janitor, 59-year-old John McLeod, approached the boy and told him to sit down. The boy apparently felt threatened by the janitor and continued to try to leave but McLeod continuously blocked him, moving his body in front of him, the report indicates.

The affidavit states McLeod then “belly-bumped” the child multiple times. The child pushed McLeod, attempting to get away from him, but the janitor just responded by getting in his face and telling him to hit him, according to the report.

The boy reportedly then tried to step away again but McLeod grabbed him and dragged him onto the ground, before getting on top of the boy and hitting him on the left side of his face, police said.

The boy is said to have told administrative staff about the incident after finally being able to leave the cafeteria. The school’s principal also apparently told police that the boy and McLeod have had issues in the past, dating back a year, but he was told to not interact with students in that way and that custodians are not to discipline or speak with students.

McLeod was arrested and is being charged with Child Abuse, according to the arrest affidavit. Brevard Public Schools are also investigating the incident.