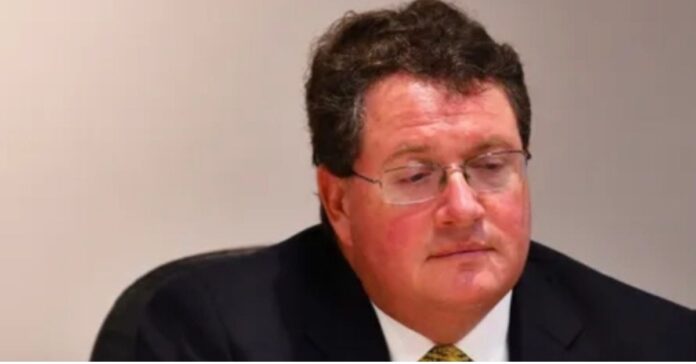 Despite the endless headlines, calling in favors, piles of mailers and self-promotion, it wasn’t enough to convince new Speaker of the House Chris Sprowls to select Representative Randy Fine for one of the many key leadership positions for this term. In fact, those very tactics may have been his undoing.

Fine was a loyal foot soldier for former Speaker José R. Oliva and pushing his agenda in hopes of moving up the ranks. However, once the dust settled, Fine was left standing without a Chair of any committee as a 3rd-term (Jr Year) legislator. Term limits restrict representatives to a total of 4 terms.

“Fine makes lots of headlines, just not much headway” one Republican Representative stated. “He should focus on promoting his district more than he promotes himself, then maybe he could get something passed that actually benefits his district instead of others.”

There are a total of 15 committees available for Chair positions including the new Pandemics & Public Emergencies Committee which is chaired by Volusia County Representative THOMAS J. “TOM” LEEK. Leek was actually chosen to Chair 2 committees, the other being the Redistricting Committee which will oversee the once-a-decade reapportionment process for legislative and congressional seats. Redrawn districts are expected to be in place for the 2022 elections. This is his 3rd term as well.

“The Pandemics & Public Emergencies Committee has been created to explore not only some of the issues related to COVID-19 but also to look more broadly at emergency management and how we can prepare Florida today for future threats,” Sprowls wrote in the memo to House members.

Education & Employment Committee, which will be chaired by Senior Clearwater Republican Chris Latvala.

Palm Coast Republican Paul Renner, who is in line to succeed Sprowls as speaker in November 2022, was named Rules Committee chairman.

Miami Republican Daniel Perez who has only been elected since late 2017, will take over as Judiciary Committee chairman

At best, Fine can hope for appointments to lower subcommittee chair positions which are normally filled with less experienced legislators.

This could serve as a wakeup call for Fine, to tone down his rhetoric, tactics, and addictions to headlines as he as seen mostly now as a liability to the leadership more than an asset. But if his recent Facebook posts are of any clue, that won’t be happening.

Fine’s latest tirades are aimed at Brevard Republican Executive Committee Chair Rick Lacey who successfully ran for reelection to the position in 2018 getting 95 votes, and Fine only netting a total of 5 votes. Fine has already begun sending out campaign propaganda to mostly non-voting Republicans for next week’s local leadership election. He calls the Republican only election “rigged.”

Lacey is just one of many local elected Republicans Fine likes to publicly go after with misleading and completely false Facebook posts, if they don’t toe the line with him. When that doesn’t work, he looks to his partner Joe Gruters, RPOF Chair to have his back and launch attacks for him.