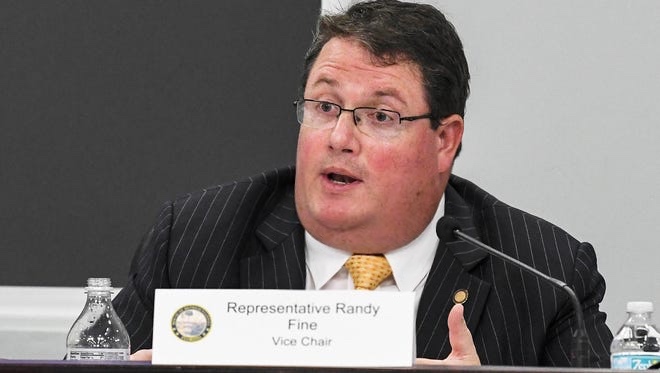 Florida State Representative Randy Fine, R-Palm Bay, said he plans to file a bill that would make providing drugs or surgery to a minor for gender assignment a felony child abuse crime punishable by prison and/or loss of a medical license. He said the bill would not affect “mental counseling” for minors.

In an interview with the Orlando Sentinel, Fine said his proposal was spurred by the backlash to what critics call the “don’t say gay” bill signed last week by Gov. Ron DeSantis.

Fine said opponents of his new law would be part of a “radical grooming minority that tried to sexualize our children,” echoing recent conservative rhetoric that opponents of the “don’t say gay” bill included pedophiles.

Asked if his proposed bill, first announced on Twitter, goes against the concept of parental rights espoused by DeSantis and Florida Republicans, Fine said, “parents don’t have a right to abuse their children. So if you agree with my premise … that cutting off the penis of a 12-year-old is child abuse, then a parent shouldn’t have the right to do that.”

Transgender children are not offered puberty blockers or hormone treatments until they reach puberty, according to the Washington Post, and the care is reversible. Gender surgeries for minors are rare and are usually not recommended before the age of 18.

Asked about Dempsey Jara, a 10-year-old transgender girl who spoke at an Orlando roundtable Thursday with U.S. Secretary of Education Miguel Cardona, and what she would be able to do under the proposed law, Fine said, “he can dress however he wants.”

“I don’t have any issue with people getting mental counseling or those kinds of things,” Fine said. “… When I was 10 years old, I might have wanted to be an astronaut. Was my entire life supposed to be upended because of that?”

He also claimed “a very large percentage of people” who transition “change their mind.”

Jaime Jara, Dempsey’s mother and a teacher at Liberty High School in Kissimmee, slammed Fine and his bill.