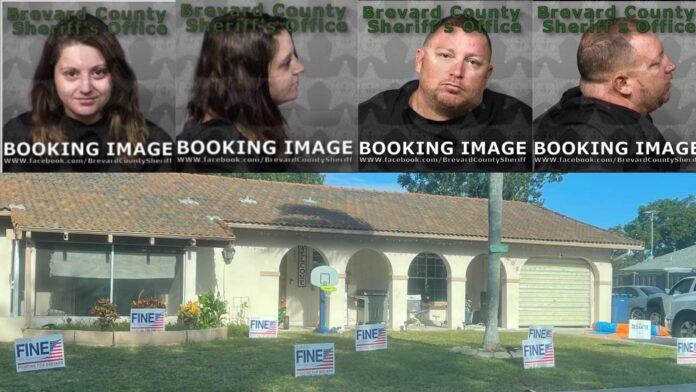 On October 2, 2022, State Representative Randy Fine posted on his Facebook page a photo of a Palm Bay home with about 8 of his yard signs in the front yard. He captioned the photo with “FAVORITE HOUSE EVER:. Anybody want to guess who this family lives across the street from? (No names, until three days ago when they picked up the signs, I’d never met this family). Humbled they’d cover their front yard to support me!”

The resident, Kelsey Fletcher aka Kelsey Velasquez (maiden name) of the home identified herself in the comments of the post. Once she did, some of her neighbors commented, praising her and her family as “a great family and very good people.”

On June 9, 2022 Kelsey was arrested by Palm Bay Police and charged with battery of Randy Fine’s political opponent Anthony Yantz’s wife. The incident which was captured on video shows Mrs. Yantz in front of her home teaching her daughter to ride a bike. Kelsey can be seen yelling at her in the distance and Yantz is pointing for her to go away. Kelsey then races towards her and appears to hit Mrs. Yantz, then immediately turns and walks off. Kesley was convicted by the courts on August 31st, and ordered to pay $1019.50 and attend a mandatory Anger Management Course.

This isn’t her first arrest. In 2018 she was arrested for DUI which resulted in an accident where witnesses stated she was driving erratically before slamming into another vehicle. The arrest reports states that after she was arrested and placed in the back of the police car, she repeatedly was able to take her hands out of the handcuffs stating that “they hurt.” Public records show that she has quite a history of driving violations.

State Representative Fine, who stated he’s humbled to have her support, infamously sent out mailers against his previous political opponent Phil Moore, attacking his driving history.

Anthony Yantz told us, “This is the kind of behavior that my opponent has incited and encouraged with his divisive and deceptive rhetoric. It’s one of the main reasons I’m running to bring back civility and honor to what we call a Statesman.”

“My wife and children are afraid to even go out in our own front yard in fear of what his supporters will do next.”

Ironically, contrary to what Fine’s post claims, Kelsey does not live across the street from Anthony Yantz, Fine’s opponent. She doesn’t even live on the same street. Who she does live across the street from is Yantz’s neighbor, T.J. Fields. Much like the Fletcher’s, T.J. has littered his front yard with Randy Fine signs as well. Just this past June he was arrested himself Grand Theft > $20k after it was discover he illegally obtained over $33,000 in food stamps and Medicaid.