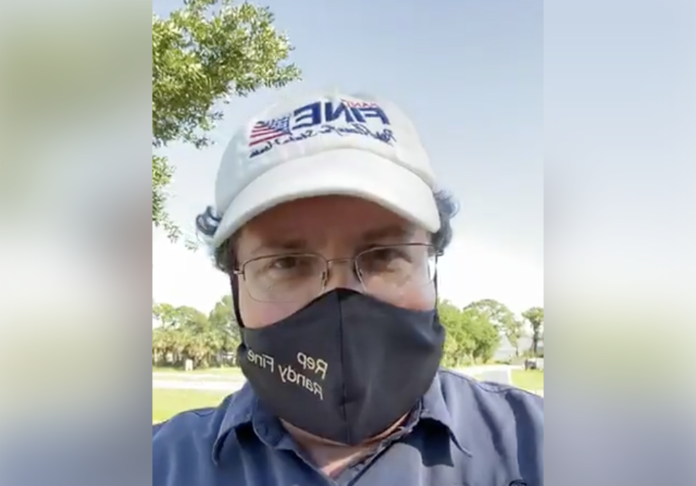 On April 30th, the Florida Department of State sent a letter to all State Representatives to vote on whether or not they wanted to have a special legislative session to address 3 topics; proposals for unemployment, medicaid expansion, and the upcoming elections.

Representative Randy Fine has been very active on social media since the last legislative session reposting information from other websites to his Facebook page and running political ads to build his following on social media. Fine has been very critical of the unemployment systems’ failures, and has offered printed paper copies for constituents to fill out to apply for unemployment if they were unable to do so online.

Fine has also set up weekly food drives with the 501c3 Farm Share to provide food to families in need. Many recipients of the food from these food drives have expressed frustration with what has been provided. The drive from last weekend included bottles of sparkling water, dozens of loaves of bread, and some random individual snacks. The week prior, each box included pounds of okra.

Once they filled out a form, providing their contact information for Representative Fine, residents received their box of food along with a letter from Fine thanking them and reminding them that he is fighting for them and he is providing this food drive. He Facebook lives the event showing the individuals who showed up for school and also wearing his campaign attire. He uses the charity provided food drive to campaign for his reelection, and using the resources of his state funded office. All of these acts are in violation of state law.

None of these things however are what Fine’s actual job as a legislator is. His job is to address the many systemic problems that have allowed the very need for these food drives. At least 20% of the legislature has asked for a special legislative session to do just that. However, when given the opportunity to go to Tallahassee and do what he was elected and paid to do, he voted no.

Fine knows that while in session, he cannot fundraise for his campaign.

He did not even so much as let his constituents know that such an item was on the table, but has instead chosen to advertise his next food drive along with showing a billboard with his name on it.

Fine has repeatedly stated that he is angry about the system that has failed so many, but it appears he is not angry enough to actually go to Tallahassee to do something about it. Food drives and feeding those in need is certainly a good thing, but that’s not his job. It’s easy to use your office and letterhead to promote yourself while doing these things while putting a bandaid on the problem.

He did the same thing while promoting the business of one of his campaign donors for Covid-19 testing with them also handing out his letters letting everyone know what he was doing for them. But when then same facility made headlines for incompetence in testing and had viral videos of blood contaminated testing areas and patients being thrown out of the facility; he is silent and actually deletes the comments from his Facebook page. He deletes the comments of his constituents complaining about the facility that he recommended they go to instead of addressing the issue.