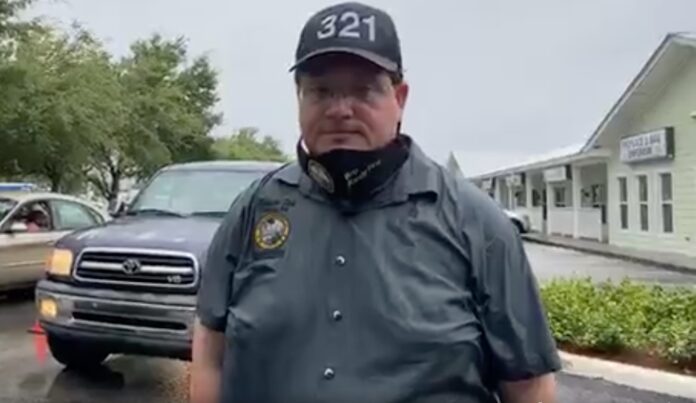 Florida State Representative Randy Fine has recently restarted posting Covid-19 data on his official State Representative Facebook page, and has received tremendous backlash from his base for it. So much so, that he has made a series of posts trying to justify his position which has been in contrast to his own behaviors in the past.

Fine is joining several other conservatives who have recently began pushing the vaccine hard as cases in Florida skyrocket with 1 out of ever 5 cases of the new delta variant in the nation originating right here in the sunshine state. Fine stated in an interview with News 6 “I think part of the problem we’re having right now is everyone is behaving like COVID is over. People aren’t wearing their masks and doing things the way they had before the pandemic. That’s OK if you got vaccinated, but it’s not if you haven’t,” said Fine.

His message: Get vaccinated or protect yourself by wearing a mask.

Fine posted the interview on his Facebook page which quickly gathered much criticism. The Facebook thread shows that there are 335 comments currently on the post however, many of those comments are gone because Fine has deleted a lot of the negative criticism towards himself as he often does, and then blocks the same constituents from his page.

One comment in particular pointed out that Fine is complaining in his post about the misinformation that has been going around about the vaccine and the COVID-19 virus, but has not called out the elected leaders of his own party who spread that very same information.

Fine quickly deleted those comments and many like them, and then banned the users. Keep in mind, Fine was the lead in Florida filing a suit against Facebook and other social media sites claiming censorship against conservatives, all while practicing censorship as an elected official in his official capacity. More on that later.

Marjorie Taylor Green infamously equated the wearing of masks to the holocaust, resulting in outrage from her own party leaders for the anti-Semitic comments. Fine, who is quick to call almost anything anti-Semitism, was silent on both problems with her statements. Now he is complaining about the results of such misinformation without ever once addressing the cause of it.

The confusion and the backlash he is receiving is understandable.

At the end of the day, the information he is currently releasing is just data he has received from healthcare officials and studies. The problem is, his followers don’t believe it. The reason they don’t is because of his own actions or lack there of.

“There’s people saying ‘It’s not credible. They just want to argue. Another comment said ‘Biggest scam in human history.’ I’m not responding to that comment,” said Fine as he read aloud some of the responses to his posts.

Fine is also encouraging those who aren’t vaccinated to continue following CDC recommendations and wear a mask in group settings.